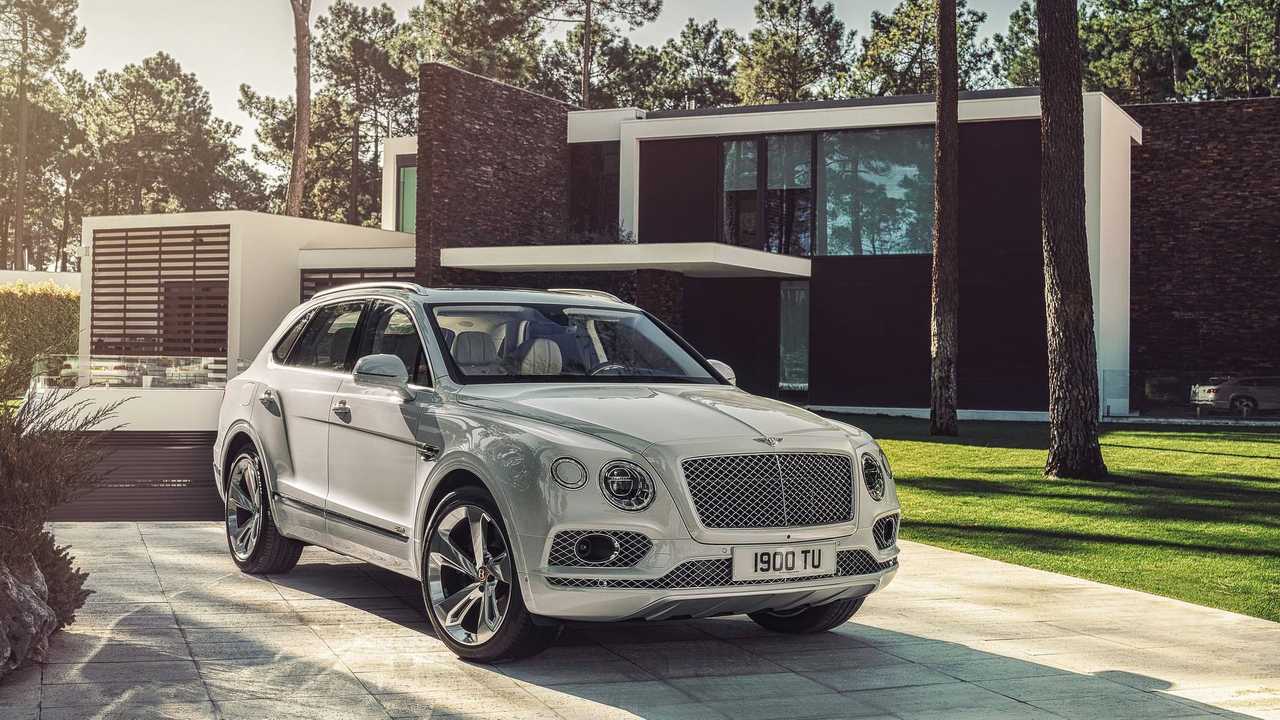 Slightly more eco-friendly 4x4 comes with a V6 and an electric motor.

Bentley's new Bentayga plug-in hybrid is now on sale in the UK with prices starting from a little over £133,000.

Bentley Bentayga Stetson Edition is a cowboy 'hat' for one-percenters
⠀

The luxury 4x4 is described by its manufacturer as “the world’s first true electrified luxury car”, and offers an all-electric range of around 24 miles on the new and more stringent WLTP efficiency test. That’s provided by a 126 bhp electric motor, which is also used to eliminate turbo lag, while the power comes from a high-voltage battery that can be recharged in two-and-a-half hours.

When the battery runs dry, though, or the driver’s right foot demands more than 126 bhp and 295 lb-ft of torque, there’s a 3-litre turbocharged V6 petrol engine. That churns out 335 bhp and 332 lb-ft of torque to give the Bentayga Hybrid a combined total output of 443 bhp and 516 lb-ft of torque.

In turn, that means 0-62 mph takes 5.5 seconds, while the top speed is 158 mph. That makes the 2.6-tonne Bentayga faster than a hot hatchback. And the official figures say the big SUV is more efficient as a diesel saloon, with a quoted fuel economy figure of 80.7 mpg and CO2 emissions of 79 g/km.

The whole system comes with a range of modes that the driver can use to control its behaviour. In EV Drive mode, the electric motor is used as the sole form of propulsion, while moving into Hybrid mode allows the car to work out the most efficient power source for the situation. It’s a clever system that even taps into the satellite navigation data to plan energy use across the route and come up with the most efficient power delivery.

Finally, Hold mode spreads the power use so the battery maintains its current level - a trick designed for long journeys that end in a city centre. The car will save electrical energy for use in the built-up area and use petrol power on the motorway. All three modes allow energy to be recovered to the battery through regeneration during deceleration.

Despite all the technological know-how, Bentley says the Bentayga Hybrid will be handcrafted alongside the rest of the Bentayga range at the company’s headquarters in Crewe, Cheshire. Each Hybrid will take approximately 130 hours to build, and Bentley is taking orders for the first customer vehicles now. Prices start at £133,100, but a host of options will be offered that will inevitably see the price rise.