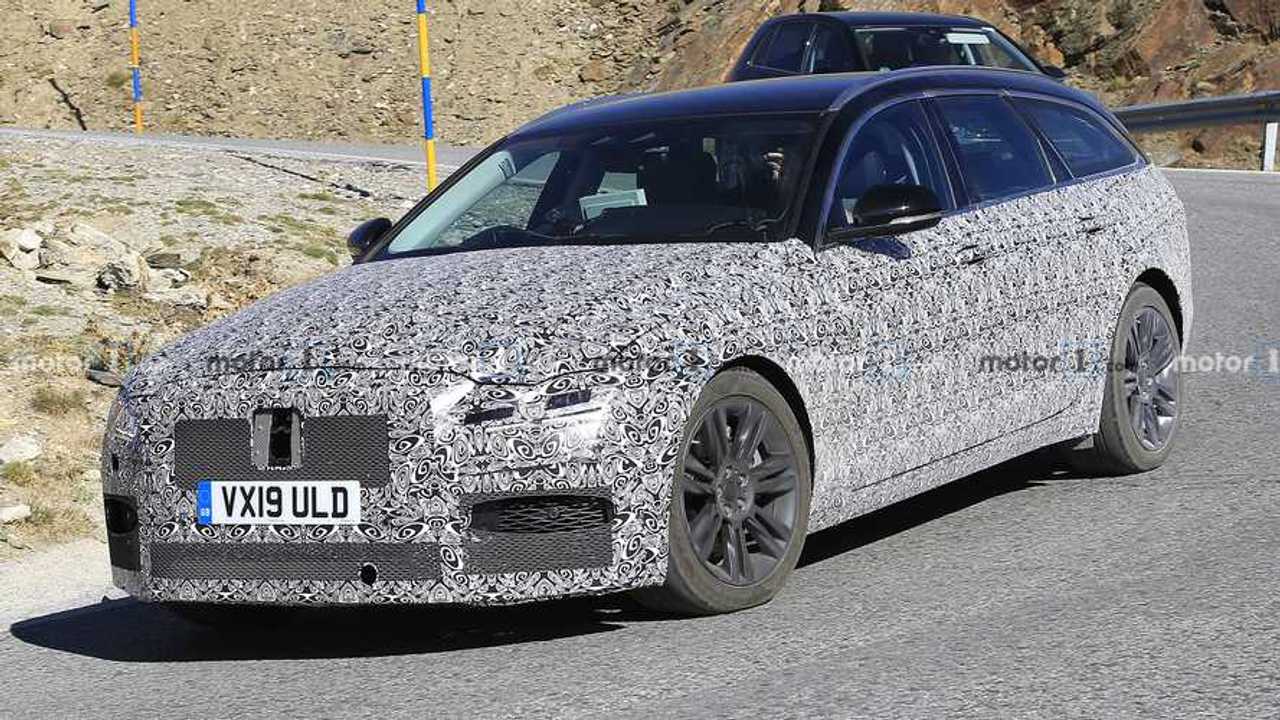 A debut could happen soon.

Despite a shift towards crossovers and SUVs in Europe, estates are still in demand, and companies like Jaguar are still answering the call. The British automaker’s XF Sportbrake is not the brand’s best-selling offering; however, that doesn’t mean Jaguar is neglecting it either. While a successor is in doubt in foreign markets, the current Jaguar XF Sportbrake is receiving a mid-cycle refresh that should extend its life by a few years.

The latest spy photos show a similar Jaguar prototype captured earlier. The greenhouse is exposed with the rest of the vehicle covered in swirly camouflage. The front and rear fascias are heavily disguised, including the lighting elements. However, it appears the headlights are thinner, and the grille is more prominent. Inside, the refreshed XF estate should see a boost in quality and features, borrowing from the Jaguar I-Pace, including a new steering wheel and a secondary screen for climate controls. One noticeable change to the rear is the lack of visible exhaust pipes. They appear tucked under the rear fascia on the prototype.

The next XF Sportbrake should sport diesel engines, too. It’s unclear if the sportier S variant will return, the one with the 296-bhp supercharged 3.0-litre V6 engine. That could leave the turbocharged 2.0-litre four-cylinder engine, which also makes 296 bhp, as the only petrol engine choice. Also unlikely is the refreshed XF estate receiving the same 48-volt mild-hybrid system due to the model’s older platform.

Thankfully, we won’t have to wait too long to see all the changes Jaguar made to the XF Sportbrake. It’s rumoured to debut before the refreshed Jaguar F-Pace arrives early next year. The update should allow Jaguar to regain ground against its rivals, aiming for the BMW 5 Series, Mercedes E-Class, and Audi A6.