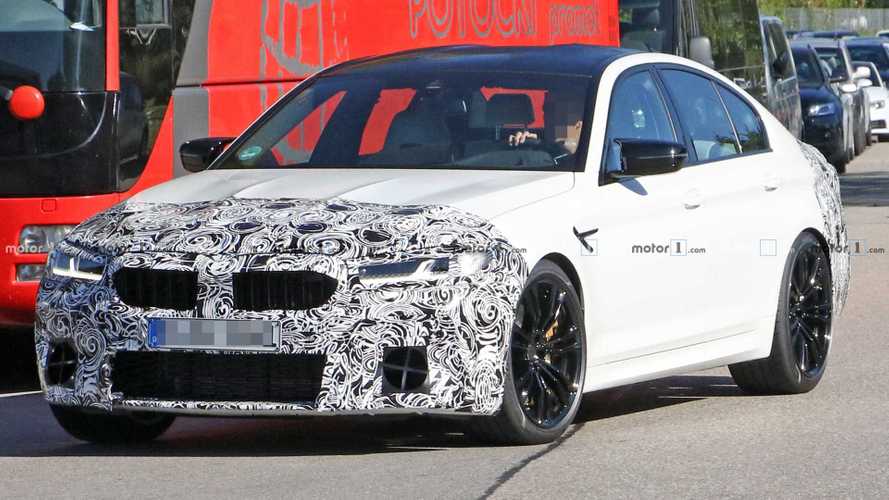 The M5 has already spawned a hotter Competition version, but it looks like a meaner edition is en route.

In November 2017, BMW introduced a hot M3 CS as a limited-run special edition positioned above the regular M3 equipped with the Competition Package. It had an extra 10 bhp and 37 pound-feet and was 50 kilograms lighter after a generous use of carbon fibre. About 1,200 units were made, with only 30 earmarked for the UK. It looks like the “CS” badge will make a return in a few years, but on the M3’s bigger brother.

According to a new report published by BMWBLOG, the M5 and M5 Competition might be joined by a third flavour of the high-performance executive saloon called the M5 CS. It is believed the Mercedes-AMG E63 S rival will make use of a newly developed twin-turbo V8 engine allegedly codenamed “S68.” While its displacement is not known – the current S63 in the M5 has 4.4 litres – the report specifies it could be more compact while representing a “drastic upgrade” over its predecessor.

Other technical details are scarce at the moment, but the same source mentions BMW might decide to electrify the engine to make sure it would meet more stringent emissions regulations that will come into effect in the next decade. A possible M5 CS is still a few years away as BMWBLOG points out the new S68 engine is scheduled to come out in approximately 2-3 years from now. Output is expected to surpass the 617 bhp officially available at the crank in the M5 Competition, which tests have shown that in real life it actually offers that amount of horsepower at the wheels.

Meanwhile, BMW has been spotted testing a mildly facelifted version of the 5 Series, with an updated M5 we caught earlier this month due to come out at some point in 2020. If a meaner M5 is actually planned, we probably won’t see it before 2022.

BMW's super saloon in the news: