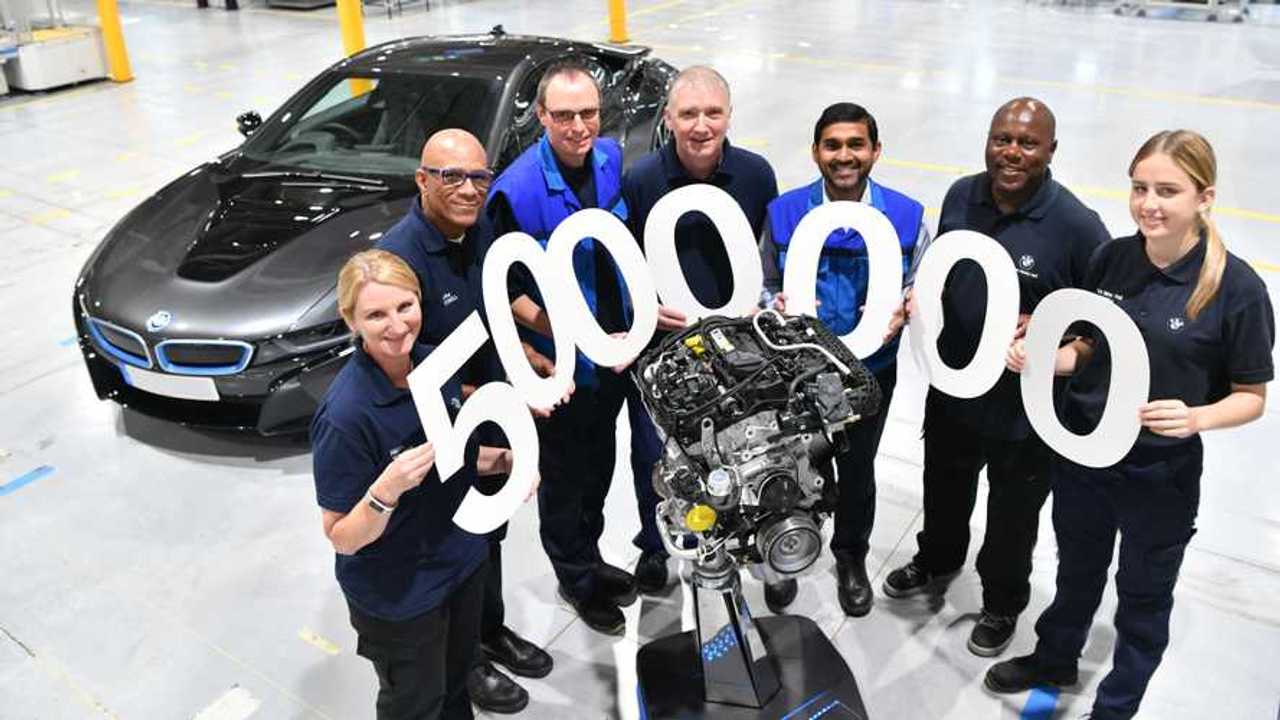 BMW is celebrating the five millionth engine to be constructed at its Hams Hall production facility near Birmingham in the UK.

The factory, which employs more than 1,000 people and has been producing engines since 2001, supplies three- and four-cylinder powerplants for various different BMW and Mini models.

More recently, the factory has played its part in BMW's ongoing electrification strategy by building combustion engines for the BMW i8 Coupe and Roadster hybrid sports cars, as well as other electrified models from the Munnich-based firm. The i8 has topped its category at the International Engine of the year Awards for the last five years.

"We are delighted to be celebrating our five millionth engine," said plant director, Bernd Gress. "Our dedicated team works hard to ensure every one of those five million engines has been built to the highest standards of quality and dispatched promptly to one of our vehicle plants, so customers get their cars on time."

A new engine is produced at the factory every single minute, and head off to BMW's factories all over the world, including the famed Oxford plant where Minis are produced, and Spartanburg South Carolina plant in the USA where the company's 'X model' SUVs are produced. In addition to the mass-produced engines, hand-made engines are also produced in a separate facility at the plant. These are fro high-performance models like the i8, as well as the new M135i and the Mini John Cooper Works.

It's not just complete engines built at the plant though. Cylinder blocks, cylinder heads and crankshafts for other BMW Group engine manufacturing facilities are also machined at Hams Hall.

In 2018 the facility produced over 375,000 engines. That figure accounts for 13 percent of the UK's total engine output. As many as 1.5 million individual components are also produced there each year.