£24,430 BMW 1 Series to arrive with customers later this month 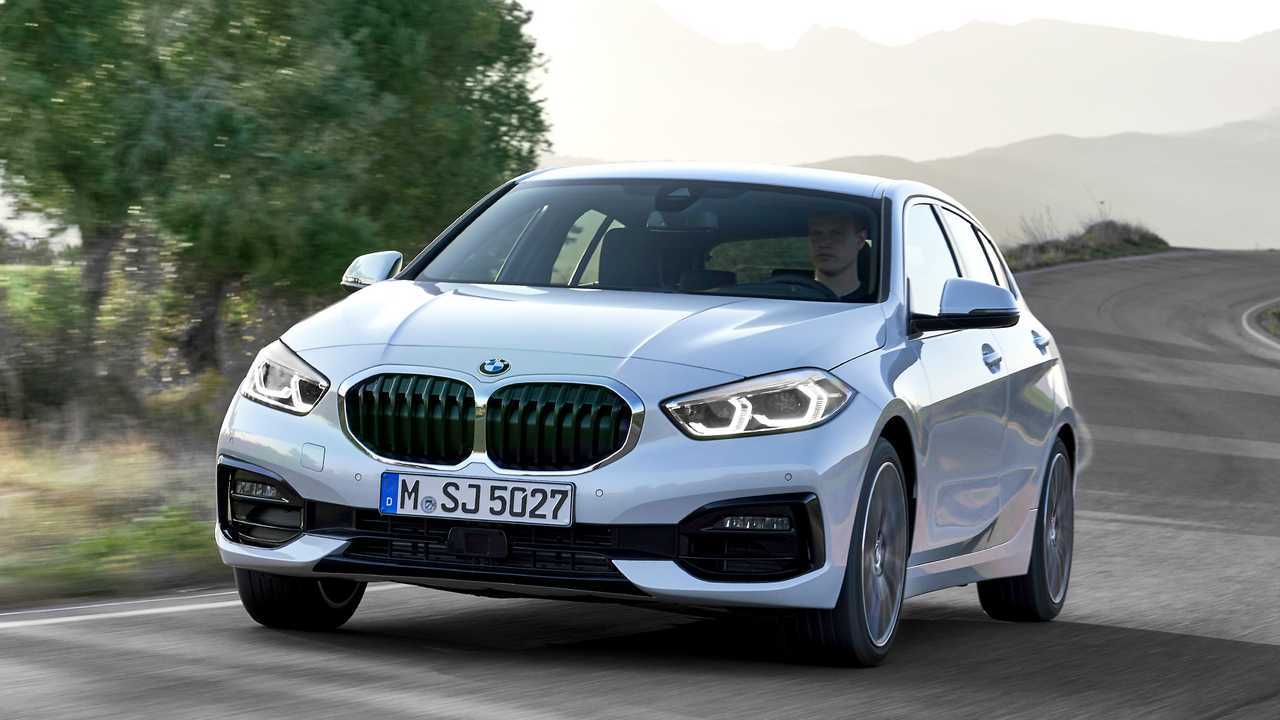 The first of the new-generation BMW 1 Series models will be arriving with their owners in the UK later this month, the German car maker has confirmed.

More on the new BMW 1 Series:

Priced from £24,430, the new model gets an updated look and improved interior space, thanks in no small part to an all-new front-wheel-drive architecture. The previous iteration of the A-Class-rivalling premium hatchback was set apart by its rear-wheel-drive layout, which made it almost unique in the class and helped it to major on driving dynamics, albeit at the cost of practicality.

The 2020 model, though, is said to “retain BMW’s trademark agility, as well as adding in some “cutting-edge” technology and “superior performance”. All that fits inside a package that’s similar in size to its predecessor, if not in shape. There’s a more wedge-shaped design that’s more like the traditional hatchback, and a larger kidney grille on the shark-nose front end.

Customers will essentially get a choice of four trim levels, with the entry-level SE joined by the Sport, M Sport and M135i models. The basic SE is denoted by its 16-inch alloy wheels and matt black air guide grilles on the front bumper, while the Sport model gets larger 17-inch alloys and glossy black features. The M Sport, though, comes with 18-inch wheels and a full sport bodykit, although customers can upgrade to 19-inch wheels if they so wish.

The range-crowning M135i hot hatch, meanwhile, gets grey accents and a glossy black rear diffuser, not to mention grey 18-inch alloy wheels and black sill covers. There are high-performance brakes, too, and the car sits on the lower M Sport suspension.

Inside, the new 1 Series will come with BMW’s Live Cockpit Plus as standard, incorporating an 8.8-inch central infotainment screen and a 5.1-inch colour display in the instrument cluster. Satellite navigation and two USB ports are standard, too, as is Wi-Fi and Apple CarPlay preparation. As an option, though, customers can go for the BMW Live Cockpit Professional, which is standard only on the top-end M135i. Combining a 10.25-inch digital instrument cluster and a similarly sized central display, it comes with an adaptive navigation system and a hard-drive-based multimedia system.

There are also two 2-litre diesel engines in the offing, with the £26,640 118d representing the cheaper of these. Officially, the 148 bhp engine will return between 51.4 and 60.1 mpg, despite managing 0-62 mph in around 8.5 seconds. Climbing the range further still, however, you find the £32,470 120d xDrive. Offering four-wheel drive and 188 bhp, it’s linked to an eight-speed automatic gearbox as standard and manages 0-62 mph in seven seconds flat. Even so, the official figures suggest an economy of around 50 mpg.

Standing proud at the pinnacle of the 1 Series hierarchy, however, is the M135i. Unlike the old M135i, which had a 3-litre straight-six under the bonnet, the new version will get a 2-litre four-cylinder engine with four-wheel drive. Power, all 302 bhp of it, will be sent to the wheels via an eight-speed automatic gearbox, allowing 0-62 mph in 4.8 seconds and a top speed of 155 mph.