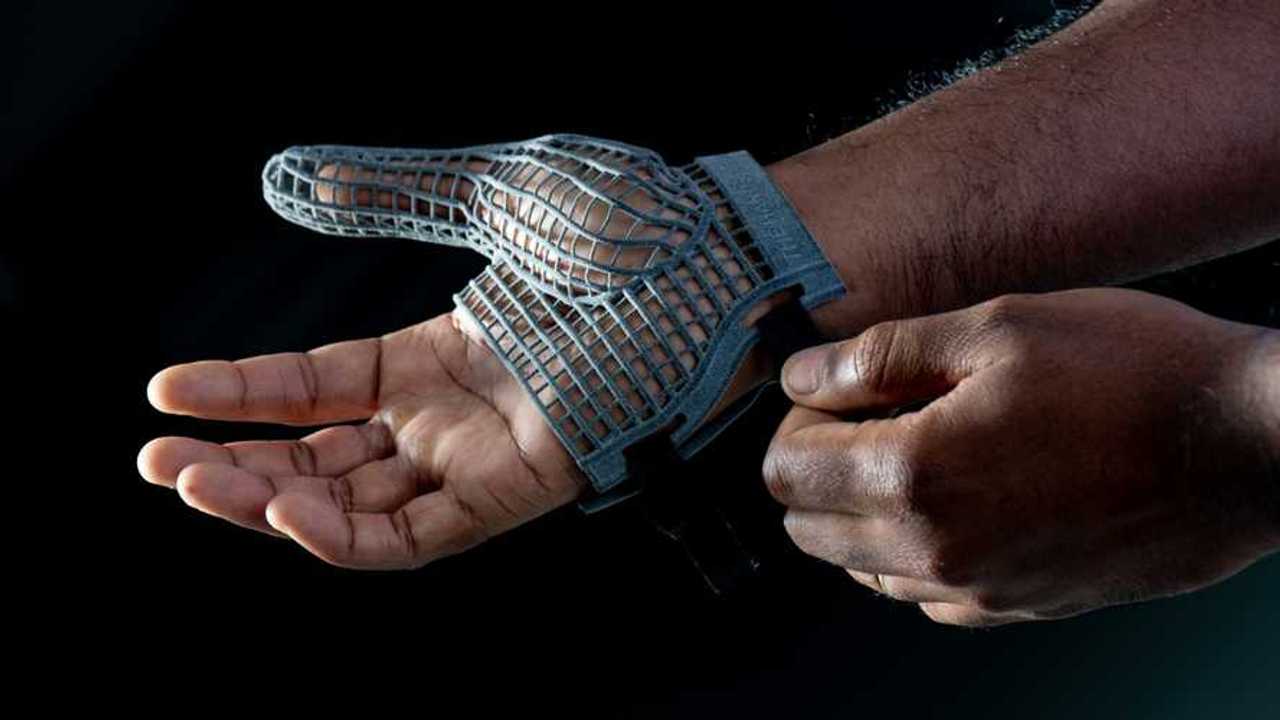 The gloves will help those with musculoskeletal disorders.

Jaguar Land Rover has developed special 3D printed gloves for its factory employees in a bid to combat musculoskeletal disorder.

There are more than 100 Musculoskeletal disorders and they affect approximately 10 percent of the global population. They make up around 30 percent of all workplace injuries that result in time off and account for a third of the money paid in compensation to employees.

Take a look into Jaguar's future

The gloves are designed for those working on the production line, and have been developed by engineers at Jaguar Land Rover’s Gaydon site – home to one of the largest 3D printing facilities in the UK. They printed a lattice-style structure which would provide support to reduce muscle fatigue, while also being flexible enough to be worn during an eight-hour shift.

After trials and tests using a range of different designs and densities, Jaguar Land Rover is now working on a second-generation prototype. The new version will include a foam pad made using impact additive D30 – a polymer material which absorbs impacts when placed under pressure.

At first the gloves will be used by Jaguar Land Rover employees across its facilities, but there could later be a wider roll out to assist those with muscle weakness or patients who suffer from physical or neurological disorders.

"The health and wellbeing of our workforce remains our priority across all factories and facilities," said Chris Noble, Additive Manufacturing Strategic Engineer for Jaguar Land Rover. "Technologies like the 3D-printed glove allow us to use the world-leading expertise and equipment we have in-house to protect the hands of our makers, developing equipment that will make Jaguar Land Rover a great place to work, now and in the future."

Jaguar Land Rover's Additive Manufacturing Centre produces over 80,000 parts a year for a variety of different applications. These include functional prototyping, design mock-ups and manufacturing assembly aids and fixtures. Jaguar Land Rover is also able to 3D print parts for its production cars with the Jaguar XE SV Project 8 one of the first vehicles to use them.