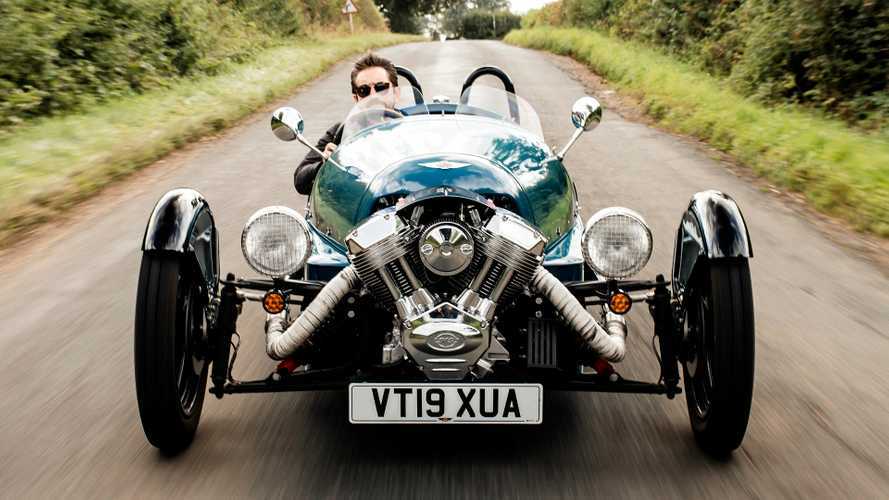 The Morgan Three-Wheeler is one of the most intriguing and exciting cars currently on sale in the UK, but if that wasn't enough reason to buy one, Morgan is now helping out.

Morgan is, for one week only, offering a £3,000 contribution on all new Three-Wheeler orders.

Morgan hands first Plus Six demonstrators over to dealers

The promotion from the old-school British sports car maker, which ends on September 30, is valid in all markets. In the UK, it brings the price of the car down to £35,886, including VAT, before options.

The offer comes as Morgan celebrates its 110th anniversary. The company was founded in 1909 and it initially produced three-wheeled models. Almost 30 years later the company introduced its first four-wheeled model. The current incarnation of the Three-Wheeler was introduced in 2012, with an all-electric version following four years later.

Built on a tubular frame chassis, the Three-Wheeler weighs just 525 kgs, and with power coming from an 82 bhp motorcycle engine mated to the gearbox from a Mazda MX-5, it is capable of doing the 0-62 mph dash in just six seconds and a top speed of around 115 mph.

Like every Morgan, it is hand built at the company’s historic base in the Malvern hills in Worcestershire. Its hand-made nature allows for a plethora of customisation options ensuring that each one is truly original.

Alongside this promotion, Morgan has also launched a range of '110 Anniversary' 4/4 and Plus 4 models, as well as the Plus 4 110 Works Edition.