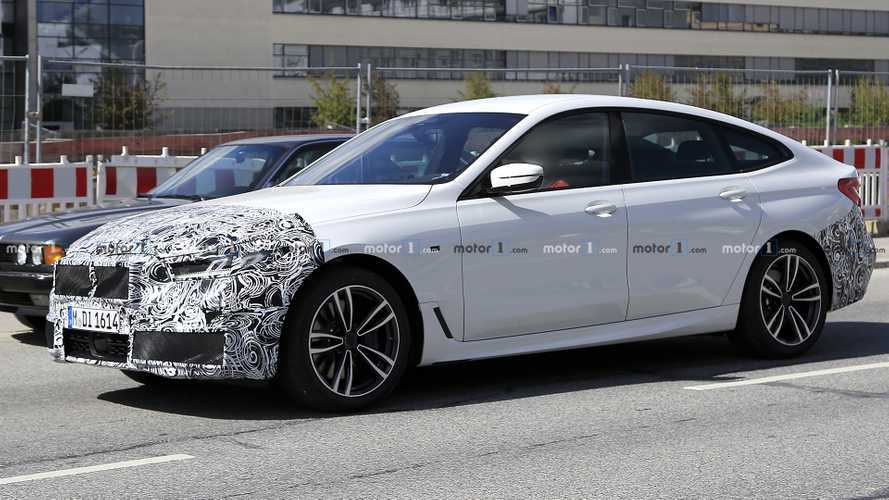 Yes, the 6 Series GT still exists in some markets, and there are even updates on the way.

The BMW 6 Series is dead in the United Kingdom because the 8 Series line is taking its place, but the 6er Gran Turismo is still alive in Europe. These spy shots reveal its upcoming refresh with minor styling tweaks.

BMW's engineers put an extra panel over the grille to conceal its design. If the appearance follows other recent models, expect the opening to be much larger than the current model. There are also redesigned headlights that seem to have more angular styling. While concealed here, there are likely tweaks to the lower fascia, too.

The changes at the rear are much more subtle. There are still trapezoidal exhausts. Looking closely, it appears that the stylists slightly re-sculpt the bumper.

Updates for UK and Europe:

While not visible in these photos, the interior reportedly benefits from at least an updated infotainment system. Tweaks to the instrument cluster are possible, too.

In Europe, the 6 Series GT is currently available with a variety of petrol- and diesel-fuelled engines. In an effort to improve efficiency, BMW reportedly intends to add a plug-in hybrid variant by applying the powertrain from the 745e to this vehicle. In that model, the 3.0-litre six-cylinder and electric motor offer 389 bhp and up to 36 miles of purely electric motoring.

It's not yet clear when the refreshed 6 Series GT might arrive in Europe, but don't expect the wait to be too long because there isn't much to change. The model should stick around in Europe for a few more years, but BMW needs to decide whether or not to come up with a new 6 Series after that.