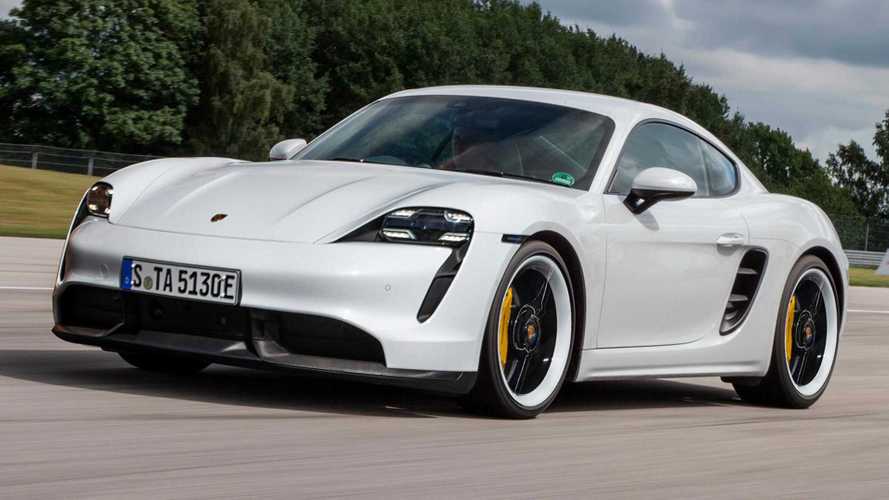 If the Cayman goes electric, this is how it might look.

In a new rendering, designer Kleber Silva applies the look of the new Porsche Taycan electric saloon to the 718 Cayman to imagine how the sports coupe might look in the future. The result looks good enough to hit the road for real.

The front end of this Cayman rendering borrows the face of the Taycan without any major alterations. The vertical inlets that incorporate into the headlight housing are the most eye-catching visual element of the EV's nose, and they fit well on this model, too.

Silva also retains the Taycan's wheels with body-colour painted rims. This styling element is more dependent on a person's taste. Some folks like the extra pop of colour, but it's too gaudy for others.

In profile, this rendering retains the Cayman's design once your eye reaches the A-pillar, but the view from the back shows more Taycan styling cues. A strip of LED taillights now stretches across the entire tail. There are also no exhausts.

The Cayman As An Interesting Future:

The lack of pipes coming out the back might be indicative of the Cayman's future. The company is testing electric prototypes but is still deciding whether the vehicle should go into production. Porsche Deputy Chairman Lutz Meschke says that the time isn't right for a 911 EV, but it could be the right choice for the smaller model.

The current plan is to create a new platform for the electric Cayman and share those underpinnings with other Volkswagen Group brands. If the model actually comes to fruition, don't expect to see one in showrooms for several years. Porsche is first planning to build an electric crossover and an estate version of the Taycan in the coming years.