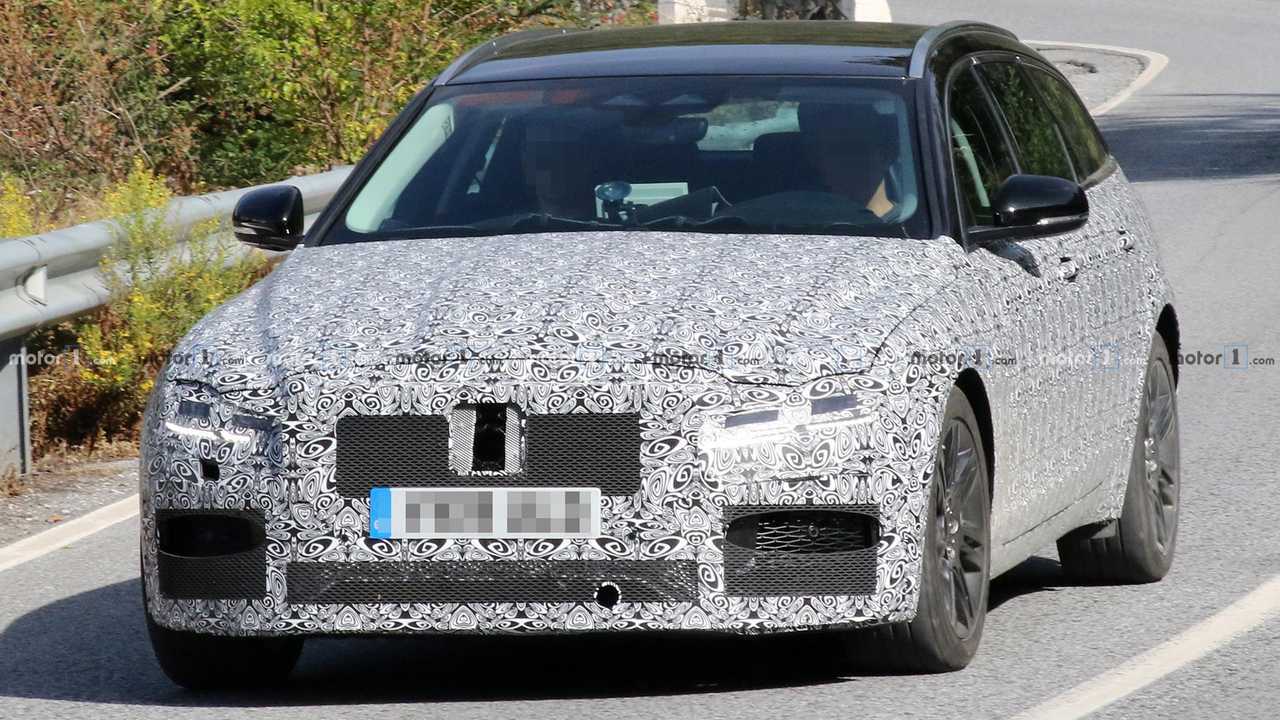 There's something weird underneath this estate.

The Jaguar XF Sportbrake has a refresh on the way, and these spy shots are our very first look at the updated estate. Like with many mid-cycle evolutions, the tweaks to this one only appear to be at the front and rear.

It's hard to draw exact conclusions about the refreshed model's changes because of the heavy camouflage. However, the headlights appear tinier than on the existing model. The grille seems smaller, too. Ribs as part of the concealment on the test prototype's bonnet hide whether there are any design changes there.

At the back, Jaguar also conceals the taillights, but it looks like they still wrap around the rear end, except for the area for the number plate. Oddly, there are no visible exhaust pipes on this car, and a white box is underneath the vehicle. This could be some sort of sensor for evaluating possible powertrain changes. Alternatively, the panel might be a method of hiding something from view.

These photos don't provide a view of the interior, but it's safe to expect some styling updates in there, like improved infotainment tech.

Powertrain tweaks are a mystery, too. However, the changes underneath the vehicle suggest that Jag has some revisions in mind.

New Jags getting ready to pounce: