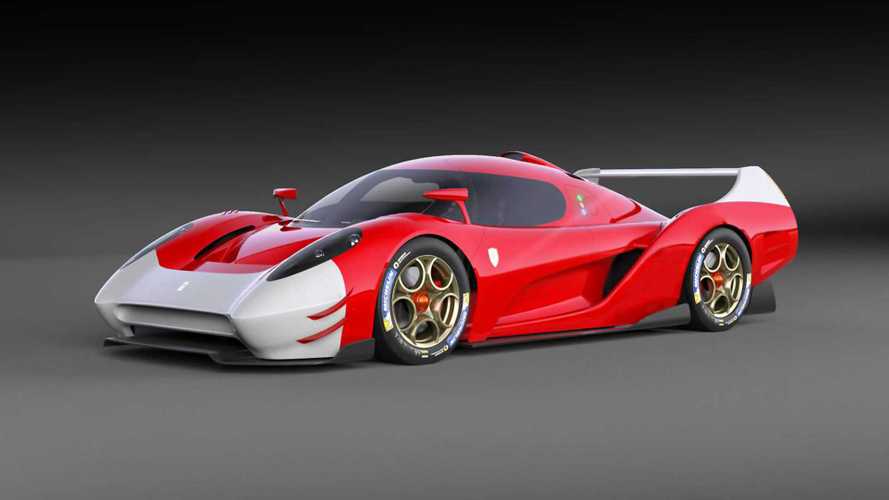 A little over a year ago, Scuderia Cameron Glickenhaus regaled us with a curvaceous supercar rendering called the SCG 007. In that social media post, it was explained that the niche company had plans to go racing at Le Mans, with the goal of claiming America’s first overall victory since the Ford GT40 crossed the line in 1969. Now, company guru James Glickenhaus dropped some fresh renderings of 007 looking a bit trimmer, even more curvaceous, and dare we say – downright sexy.

There’s still much we don’t know about this proposed Le Mans racer. As you can see from the Facebook post, we’re assuming there’s a 3.0-litre twin-turbocharged V6 nestled behind the driver. As for how much power it produces, or how many gears it shifts, or how much it weighs, that’s all unknown. If SCG hopes to take an overall victory at Le Mans, we can estimate that power will be a lot, weight will be a little, and gears will be more than five but less than ten.

SCG on the move:

In the original post from last year, SCG said it would build just two LMP1 cars – one for the company and one for anybody who would like to go racing. In addition, a limited run of 25 road-legal models would be offered at approximately $1 million (approx. £800,000) each. It’s not clear if that’s still the exact plan, as the SCG website now says it will offer customer LMP1 race cars (as in more than one) and a limited run of production models without mentioning a specific number or price.

SCG has offered up no shortage of renderings depicting an ambitious range of street and race cars, but we’re starting to see actual products on the street. The first SCG Boot off-roader came to life in August, looking absolutely fantastic. If the SCG 007 makes a similar transition from renderings to racetracks, it could be a hypercar well worth waiting for.