Ineos confirms new Grenadier SUV to be built in Wales 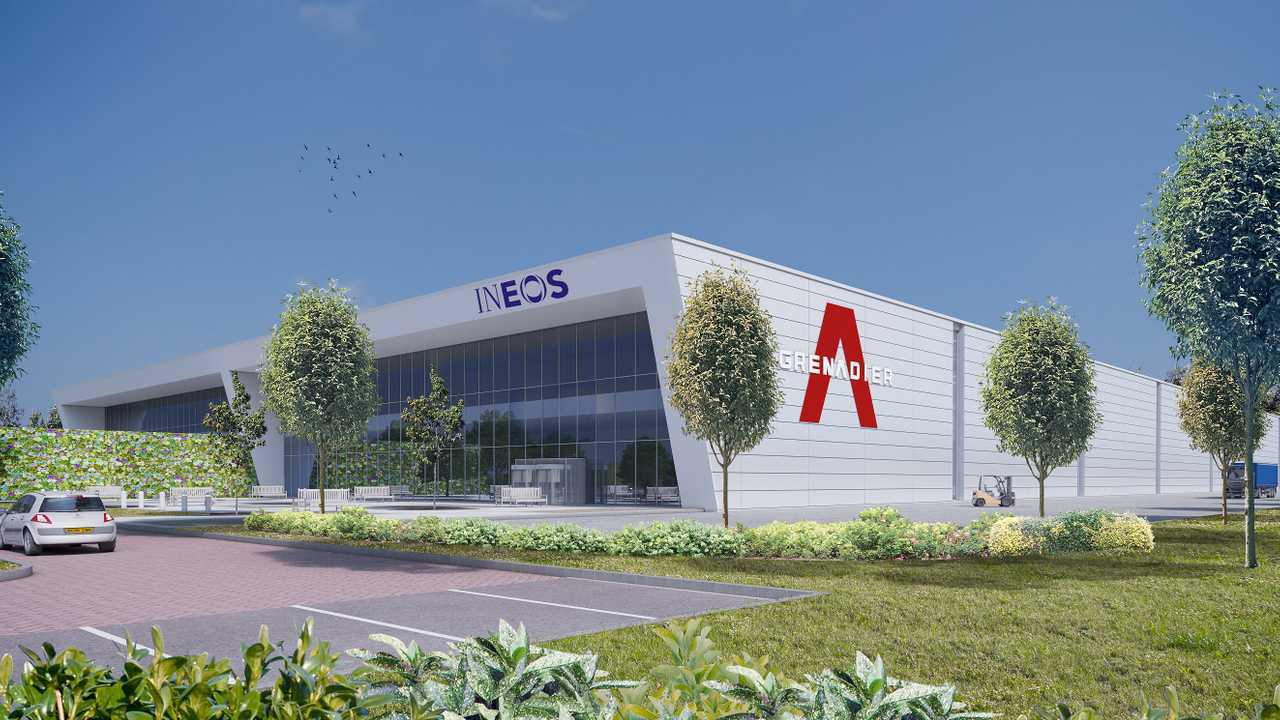 The Chemical giant will built its Grenadier SUV at an all-new facility in Bridgend.

Chemical giant Ineos has confirmed that its maiden outing into the automotive arena will be assembled at an all-new factory in Bridgend, near Cardiff.

The company's Grenadier SUV will be assembled at a purpose-built facility in the Welsh town, close to Ford's engine factory which is earmarked for closure.

The engine production facility had long been linked with the Ineos SUV's production. Ford's cutbacks and Jaguar Land Rover no longer using Ford-produced engines built at the facility meant the factory needed alternative work to remain open, but it has now been confirmed that Ineos will be going its own way.

Ineos' new factory will create 200 jobs initially, with a further 300 being added later on – the company is also aiming to employ much of the Ford workforce which will soon be made redundant.

The new facility also has the backing of the Welsh government which is keen to bring industry to the country. Ineos joins TVR and Aston Martin in opening new car production facilities in Wales.

"Today’s announcement is great news for Wales and I’m delighted Ineos Automotive will be setting up home in Bridgend which has a long history of skilled manufacturing expertise," said Welsh Government Economy and Transport Minister Ken Skates. "The Welsh Government has worked closely with the company to make this happen and I look forward to seeing the development of the new site progress ahead of the planned start of production in 2021."

It has not been confirmed how much public funding Ineos will get to build the new factory, but as much as £600 million is set to be invested by Ineos which is owned by Sir Jim Ratcliffe, Britain's richest man.

"We have looked long and hard at possible manufacturing locations for Grenadier across the world with lots of good options to choose from," Ratcliffe, who has been an outspoken supporter of Brexit, said in a press release. "The decision to build in the UK is a significant expression of confidence in British manufacturing, which has always been at the heart of what Ineos stands for."

The Grenadier will be inspired by the original Land Rover Defender and has been described as the "spiritual successor" to the iconic car by Ratcliffe. The confirmation of Ineos' production site plans comes hot on the heels of the unveiling of the all-new Defender which is set to hit the market next year.

"We don’t see the new Defender as being in the same space," Mark Tennant, commercial director at Ineos Automotive, was quoted by Automotive News Europe. "What we’re doing is a bit utilitarian."

BMW will supply engines for the vehicle, while former Mercedes-Benz offshoot MB tech will engineer the car. Magna International – which also has Tesla, Volkswagen, BMW, and Toyota as clients and also produces the Mini Countryman on behalf of BMW in Europe – will develop the new car's chassis.

Ineos' Grenadier SUV will arrive in 2021. Petrol and diesel versions will be offered at first, with 'alternative propulsion' versions arriving later on.

"Confirming production in the UK, as well as our investment in Portugal, is a major milestone for the project," said Dirk Heilmann, chief executive officer of Ineos Automotive. "We are progressing well with the design and engineering work, as well as our marketing and distribution plans."

"In the months ahead, we look forward to sharing more information about the Grenadier, and engaging with local suppliers, the community and region, in advance of the start of production in 2021."