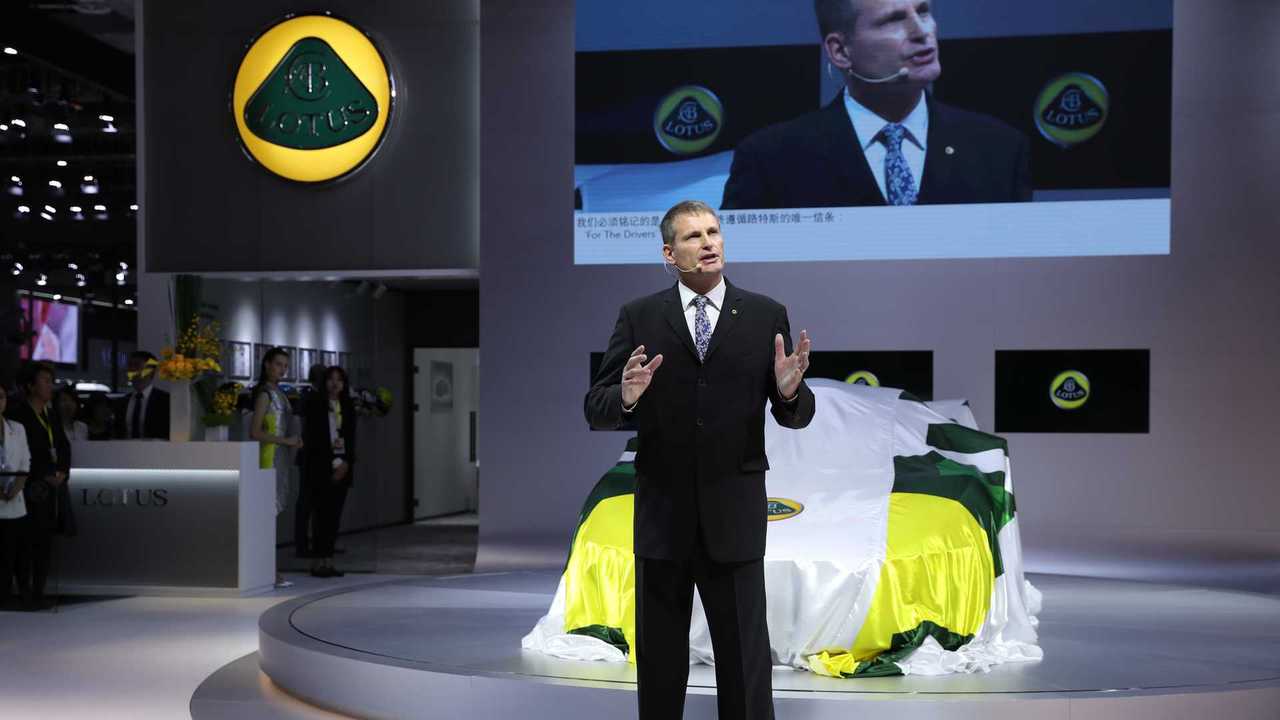 Electrification, factory expansions, the future is bright for Lotus.

After years of losses and what seems like a lifetime since the company introduced its last new model, Lotus is gearing up for something of a comeback tour.

Earlier this year the British sports car maker unveiled the Evija (below), a car that ticked a number of boxes – it's the firm's first new model since the Evora was unveiled in 2008; it's Lotus' first all-electric car and arguably its first hypercar too; and it also marked the start of the legendary brand's revolution under new owner Geely.

Now Lotus CEO Phil Popham has outlined the next stages of Lotuses revival in an interview with Automotive News Europe.

"You will see a big investment at Hethel, not just in terms of the Evija but other future products," Popham said of Lotus' expansion plans. "The skeleton building (referring to an unfinished building which started construction during the ill-fated reign of previous boss Dany Bahar) won't be a skeleton by the end of this year."

"We are a relatively small company. We will sell just under 1,700 units this year, but we have aspirations to quickly go beyond that," he added. "Hethel has a capacity of more than 10,000 on two shifts, and we will outgrow Hethel, so that gives you an indication of how far we will grow."

While the immediate plans are to increase production at Lotus' Hethel base in Norfolk (artists impression above), with the company now being owned by a Chinese giant, there is potential to expand in the east as well, although the long-term aim is to keep everything in the UK.

"We have opportunities to invest in manufacturing in China because of the infrastructure Geely has, but we will need to look at either something radical at Hethel or other facilities in the UK in the longer term," Popham said. "One thing we won't be doing is double tooling – building cars in multiple locations."

As well as increasing production numbers, Lotus is also planning to expand its model lineup. We already know about plans for an SUV (seen testing below) to join its sports car lineup, but more even more new additions could be on the horizon.

"Our Vision 18 10-year plan is ambitious in terms of volume growth. We can go right from sports cars to sporty GTs to sporting sedans to crossovers to SUVs," Popham said. "What will dictate our decision is 1. Can we make money out of it? and 2. Is it a car that truly reflects the Lotus DNA, which is very specific and focused around the driving experience."

"The range we currently have is between £50,000 and more than £100,000 and with the exception of the hypercar, that's where we see our core range in terms of pricing in the future. That said, we do believe the Lotus brand has the potential to go beyond that, which is why we have made the step into hypercars, but that's not our immediate strategy."

The all-electric Evija is expected to open the floodgates for many more electrified models as well.

"Electrification is part of our future," Popham confirmed. "The Evija is our first step, if you discount the first Tesla being Lotus designed and engineered. Our next sports car will have an internal combustion engine. You will see it before the end of next year. Beyond that car every car we produce in whatever segment will offer a full-electric version."