Non-electric Porsche 911 will live on at least 10 years 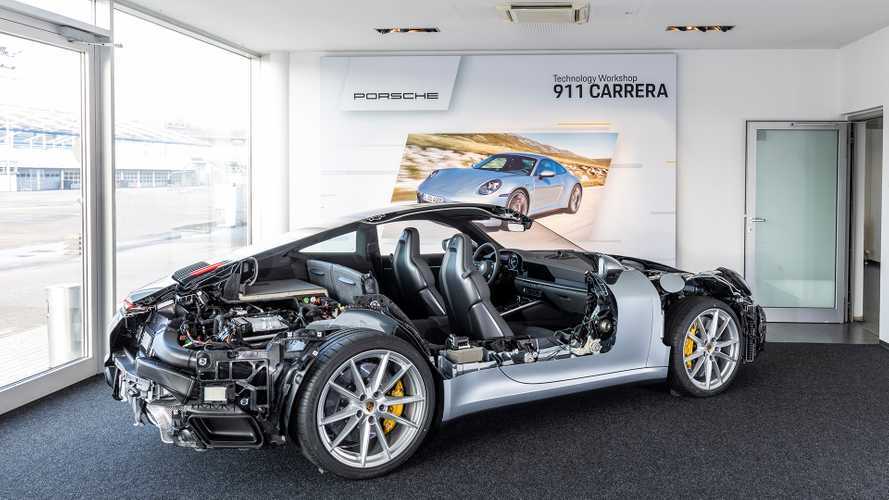 Thanks to advances in efficiency and possibly synthetic petrol.

It’s no surprise that Porsche’s interest in electric and hybrid systems has blown up as of late. The electric Taycan just came out, the hybrid version of the Panamera has been doing fantastic, and Porsche has just joined the Formula E race series. However, the company isn’t ready to give up on the internal combustion engine yet.

In an article by Autocar magazine, executives describe Porsche as a company of three pillars. The first being petrol-engine vehicles, and the other two being hybrid vehicles and electric vehicles.

Porsche 911 shows no signs of slowing down:

New Porsche 911 Turbo spied going flat out at the ‘Ring

Porsche’s CEO Oliver Bloom is committed to not killing off their petrol-engine vehicles. So much so that he believes the 911 will be powered by an internal combustion for at least the next 10 years. “The secret is to think about more efficient petrol engines and in 10 years’ time perhaps, the use of synthetic gasoline,” said Bloom.

This is a very bold statement for Bloom to make with our current environmental situation. There is no shortage of campaigns getting people to reduce their carbon footprint. Whether it be riding your bike to work, carpooling, or even taking the bus, the issue is very apparent.

Along with supporting the non-electrified 911, Porsche has plans to produce a hybrid version in the future. Porsche wants to take its hybrid knowledge from the racetrack into a performance hybrid system for the road. With this, we would love to see an all-wheel-drive version of the hybrid 911 utilising the same drivetrain technology from the company’s 919 prototype race car.

For now, let's enjoy all of the great things about the internal combustion engine, particularly the sound of an engine at work. It’s a sound we’ve got the next 10 years – at least – to enjoy.