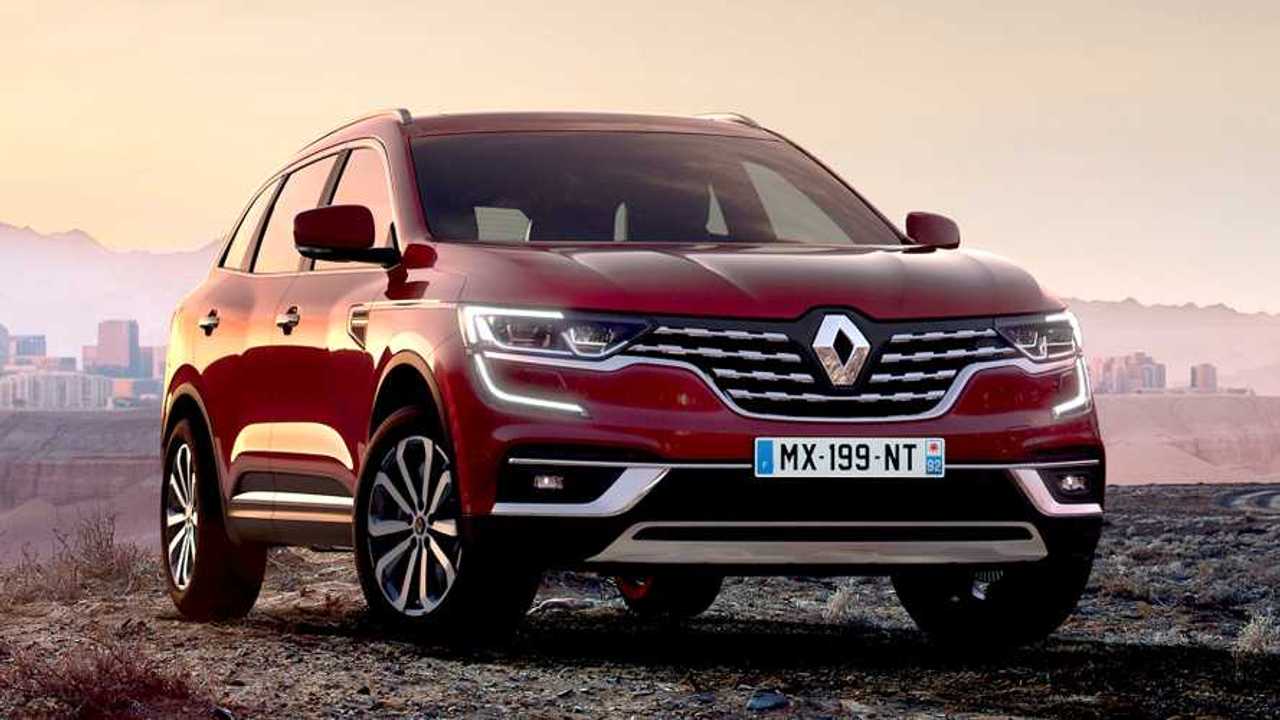 With prices starting at just over £28,000, the Koleos features an updated design, new engines and extra safety kit. The French brand also says its flagship SUV is more refined than before, as well as more fuel efficient.

More on the Renault Koleos:

Externally, the new Koleos is set apart from its predecessors thanks to its new front end design, complete with a more prominent grille and chrome detailing, as well as new bumpers. It’s a similar story at the back, where there’s a bigger skid plate and extra chrome, plus a new brake light that’s intended to complement the tail light design.

Inside, there’s a range of improvements to the cabin materials, with soft-touch plastic added to increase perceived quality. The seat trim inserts have been changed, too, while rear passengers benefit from a two-stage reclining seat back as standard.

The relatively simple model range incorporates two engines and two trim levels, with combinations of two- and four-wheel-drive on offer, although every version is powered by diesel and comes with an automatic gearbox. The cheapest variants come with the new 1.7-litre Blue dCi 150 diesel engine, which churns out 148 bhp and sends all of that might to the front wheels. Alternatively, customers can spend a little more on the 2.0-litre, 188 bhp Blue dCi 190, which gets four-wheel drive as standard.

For the £28,195 headline price, however, you’ll get the 148 bhp engine under the bonnet of an Iconic-spec Koleos. That means you get 18-inch alloy wheels and LED headlights, plus automatic lights and wipers. Inside, meanwhile, you’ll find a seven-inch touchscreen with satellite navigation and smartphone screen replication, as well as a reversing camera and automatic two-zone climate control. Front and rear parking sensors are included, too, along with keyless entry and start, plus heated and cooled cup holders.

Climbing the range to the high-end GT Line model gets you bigger alloys, swapping the standard 18-inch rims with 19s, as well as a few other luxury touches. The £30,195 sticker price buys you a powered tailgate and leather upholstery, not to mention the electrically adjustable heated seats and larger 8.7-inch touchscreen infotainment system.

Although the updated Koleos is already available to order from Renault dealers, the first of the updated cars will not arrive with customers until deliveries begin in November.