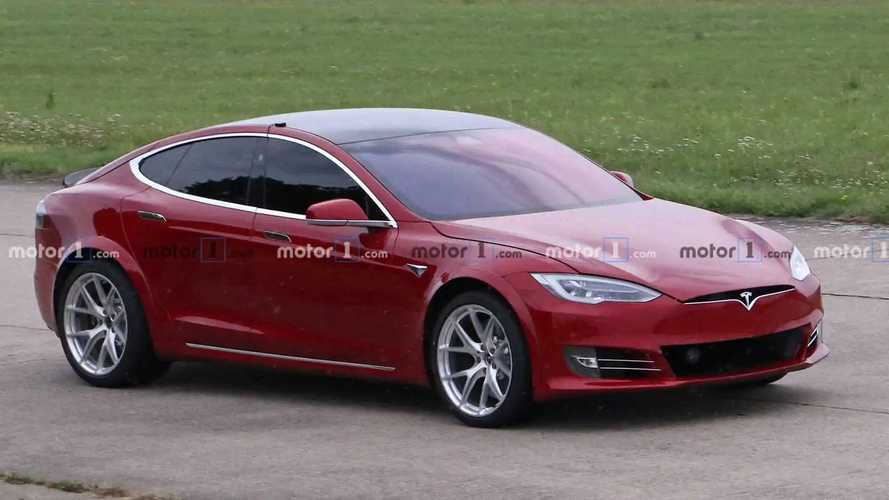 So many loose ends here. We'll just have to wait it out.

Some are calling out a rivalry between the Tesla Model S and Porsche Taycan, not only because the cars are quite similar in many ways — think pricey, high-performance, four-door, all-electric saloons — but also due to the recent press surrounding Tesla's upcoming official track time at the 'Ring.

The Taycan set a lap record at Nurburgring recently. It pulled off a praiseworthy 7:42, which isn't close to the top dogs at the challenging twisty track, but it's quite a feat nonetheless. After the record and the Taycan's official debut, Tesla CEO Elon Musk joked about the car's "Turbo" moniker, since EVs don't have turbo capabilities.

Following that joke, Musk said a Model S was heading to the 'Ring, though he didn't say it was going there to set any records (that was just assumed by the media and the masses). The CEO also complimented the Taycan's record time and called it a "good car."

Fast-forward to now and a modified Tesla Model S — or two or three — are already practising and testing at the Nurburgring. While the Model S is surely modified, we don't know 100-percent exactly what the modifications are. However, we can assume that it's the upcoming "Plaid" powertrain, with three motors and other performance-enhancing upgrades. Such a Model S just set a new record at the Laguna Seca track in California.

There are still plenty of loose details that make for loads of speculation. What we do know is that the Model S is officially on the schedule for September 21st. Until then, unless there's some official leak, we won't know anything on an official level.

Nonetheless, as the EV and racing community watch in anticipation, Porsche North American President and CEO Klaus Zellmer told CNET Roadshow's Tim Stevens at the recent Frankfort Motor Show, "We call ourselves a true sports car manufacturer, and there aren't that many ways to prove that it is a true sports car. The Nurburgring is almost like a meter that you use to define where you stand."

"Anyone who's trying to go there to see how you're doing, we have great respect for. We love the competition. It's their business. We respect them. They've prepared many markets for electric cars. They probably lowered the bar [of entry] for other markets opening up and for other brands entering the EV space, which is great. And whatever they want to do, if they want to take us up on the Nurburgring Nordschleife, it's their call."

It's great to see healthy competition. However, Zellmer also referenced the modified Model S as of late, saying, "That's obviously going to limit their relevance of what they've been doing."

In closing, it's important to point out that though Zellmer said the Taycan that made the 'Ring record is not something anyone won't buy, there are some things to consider. First, the Taycan's time was not official via the folks at Nurburgring. Second, we still have no idea if the car had a roll cage, was minus any seats, or had any other upgrades. Since the Taycan is not officially in production, it's hard to call it production-level car.

We'll just have to wait and see how this all plays out. Of course, we'll be watching and reporting as it all unfolds.