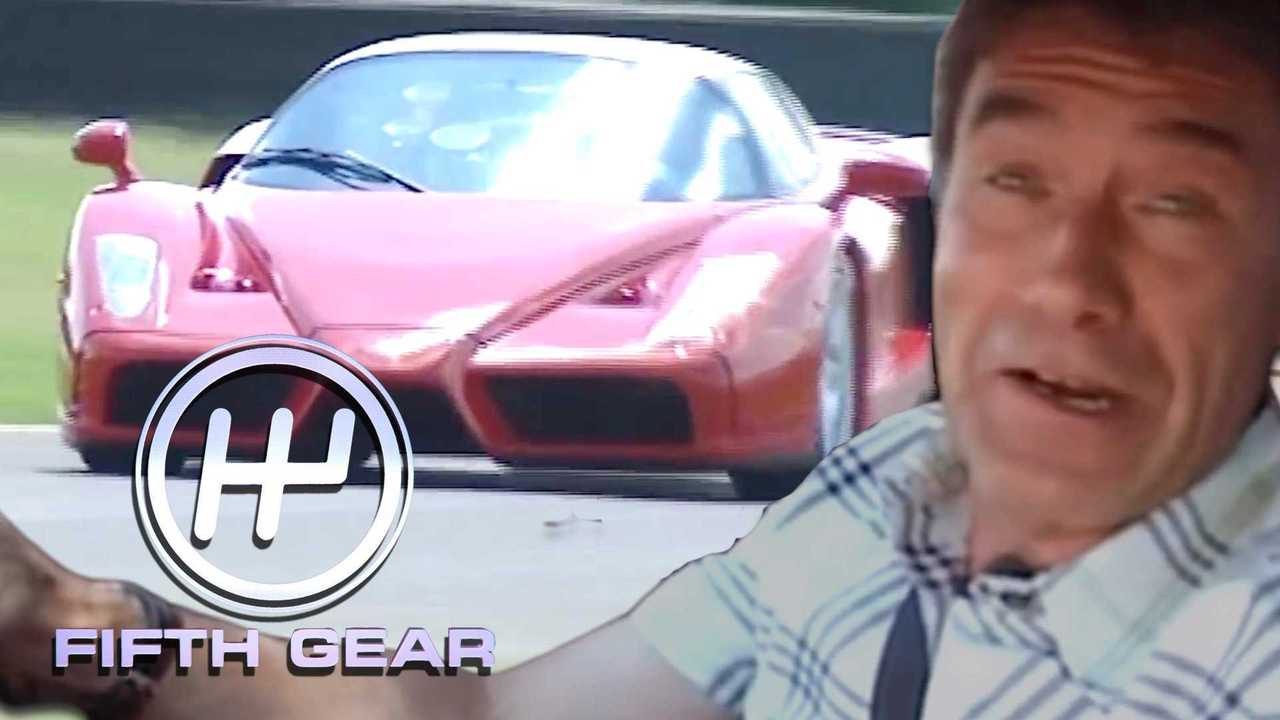 The former-Formula 1 driver had been with the show since its beginning.

Long-time Fifth Gear host Tiff Needell has been axed from the show ahead of its upcoming 28th series.

Needell was one of the show's original hosts, having joined the new show – which was then on Channel 5 – following the BBC's axing of the original Top Gear.

The Grand Tour bids an emotional farewell to 'the tent'

"After 17 years on Fifth Gear, long-running presenter Tiff Needell will not appear in the series," Fifth Gear's official Twitter account confirmed. "We’d like to offer our thanks to Tiff for his outstanding service to Fifth Gear from its very first episode, and while the show moves forward into the future we’d like to wish him well in all his endeavours."

The veteran host responded to the news in another post on Twitter, saying that is was a "sad time" to be leaving the show he helped create.

"Unfortunately someone Discovery (which now broadcasts Fifth Gear on its Quest channel) has decided Fifth Gear will be a better show without me," he said. "Sad time for me as I was pivotal in the creation of the programme but if you do like to see me having fun in cars the good news is I'll be doing a lot more on LoveCars."

In a video for online platform LoveCars, Needell elaborated on his exit, saying that he believed his age played a part in Discovery's decision to cut him from the show's presenting lineup which also includes fellow original host Vicki Butler-Henderson, British Touring Car star Jason Plato, and motoring journalist Johnny Smith.

"I've known it for a few months, but for some unfathomable reason Fifth Gear decided not to use me in the filming of the new series coming up," he said.

"They've replaced me with a younger man, who's also a racing driver, quite famous," Needell said, possibly referring to Karun Chandhok who joined the Fifth Gear team last year. "A trendy-looking younger man seems to have taken my spot."

"Yes I think age probably has [got something to do with it]," he continued. "I think some younger commissioning editor at Discovery has decided [that] he doesn't like an older person on his show – I don't know, I'm only guessing."

"Nobody has given me any reason at all. I've had no communication, I've just been told that they think it'll be a better show without me."