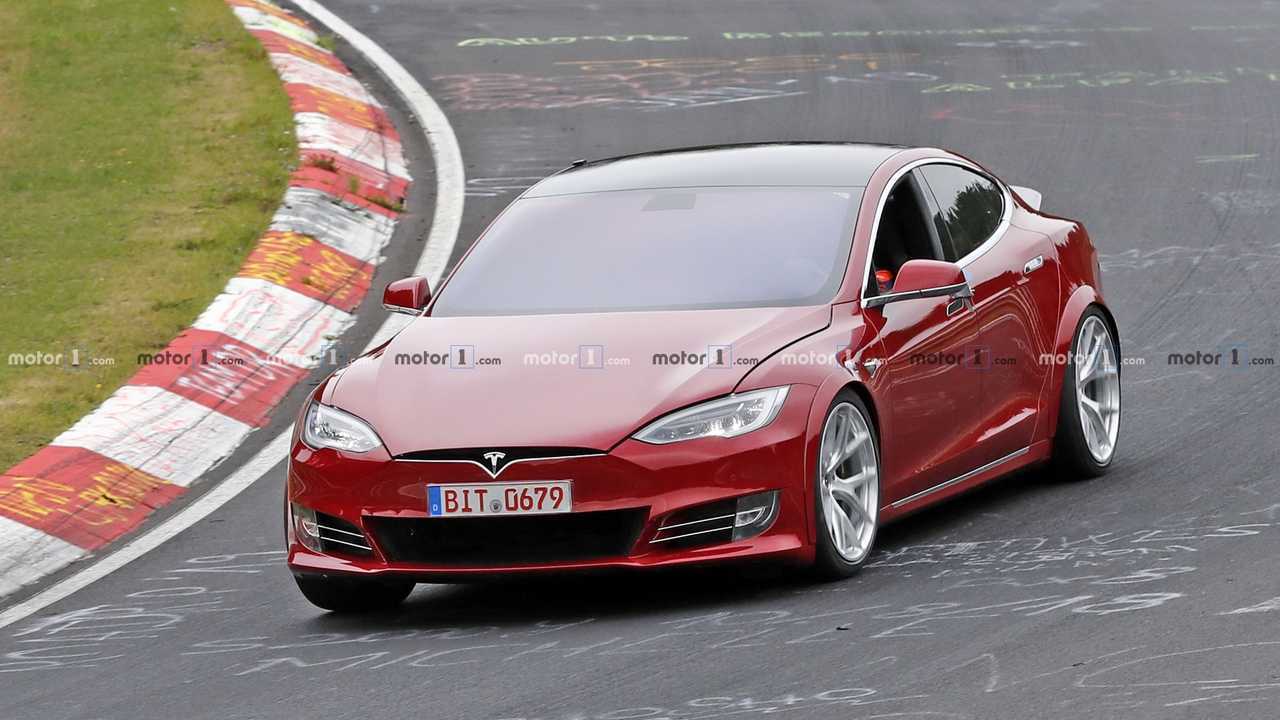 Does that mean Tesla is targeting the record for the fastest production car with seven seats at the 'Ring?

We’ve been keeping a close eye on Elon Musk’s Twitter page to see if Tesla’s head honcho uploads that video of a Model S setting a new record at Laguna Seca. It’s not there, but the company’s official Twitter account has shared the video, revealing the car – a Model S prototype with the “Plaid powertrain” – completed the lap in 1 minute and 36.55 seconds, which is about a second quicker than the Jaguar XE SV Project 8 (1:37.54).

While we were checking out Musk’s social media account, one new tweet caught our attention. The 48-year-old entrepreneur has made an interesting disclosure by saying that angry-looking Model S currently located at the Nürburgring has seven seats. We’ve already seen the car’s wider wings, performance tyres, and boot lid spoiler, but the tinted windows prevented us from checking out the rear-facing jump seats.

Elon Musk says the wild Model S carrying the “P100D+” badging has the optional third row, but what does that actually mean? Well, one could assume Tesla is trying to set a new record for the fastest seven-seat production car at the Nürburgring. That might arguably be highly specific, but so is the Skoda Kodiaq RS’ seven-seat SUV record at the Green Hell.

Indeed, the meaner Model S would have to improve the time set by the Czech high-performance last year. Driven by none other than Sabine Schmitz, the twin-turbodiesel SUV lapped the Nordschleife in 9 minutes and 29.84 seconds. That’s a far cry from the 7:42 time achieved by the Porsche Taycan a.k.a. fastest four-door EV at the famous German track, but a record is a record.

It is believed Tesla will attempt to set some kind of record next week as a 30-minute time slot mysteriously opened at the Nürburgring on Saturday, September 21. Presumably, the car goes beyond Ludicrous performance with the new "Plaid powertrain" featuring three electric motors instead of the usual two. It's coming for the Model S, Model X, and the second-generation Roadster, but not for the Model 3 or Model Y.

Are these record attempts getting a bit out of hand? Maybe, but we love it when automakers go toe-to-toe.

Records are meant to be broken, especially at the 'Ring: