Citroen has updated its Grand C4 Spacetourer MPV range ahead of the new year, adding extra equipment and a new powertrain to the line-up. 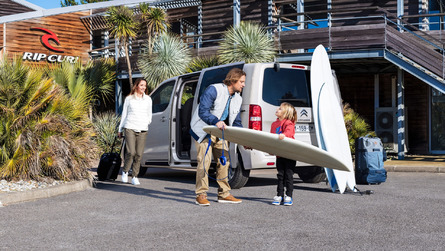 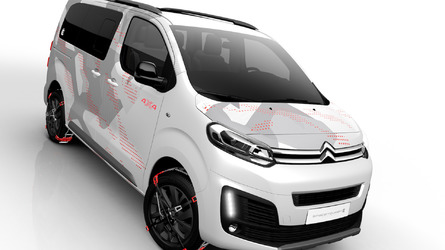 The seven-seat people carrier, which was formerly known as the Grand C4 Picasso before Citroen swapped to the Spacetourer name for its MPVs last year, will get a host of additional standard equipment from next month. At the same time, there’s a new 1.2-litre petrol engine and automatic gearbox combination that’s also found its way into the C4 Cactus.

To reflect these upgrades, the Grand C4 Spacetourer’s trim levels of ‘Touch Edition’, ‘Feel’ and ‘Flair’ are being replaced with ‘Touch Plus’, ‘Feel Plus’ and ‘Flair Plus’. Citroen says each version offers an improved level of equipment over its predecessor, as the names suggest.

Entry-level ‘Touch Plus’ models, for example, will now come with a 12-inch HD central display screen and satellite navigation as standard. They will also be fitted with connected technology that provides real-time traffic updates via the same built-in SIM card used by the emergency call system that enables the car to alert Citroen and the emergency services if it is involved in a crash. All that comes with a starting price of £25,935, rising to £27,200 for the diesel model.

Further up the range, the mid-spec ‘Feel Plus’ get part-leather upholstery, keyless entry and start, as well as a rear parking camera. Safety systems such as autonomous emergency braking and speed limit recognition will also be included in the £28,135 asking price.

The top-of-the-range ‘Flair Plus’ trim level, meanwhile, is expected to be the top seller after the outgoing ‘Flair’ version accounted for half of sales in 2019 thus far. Now, though, the £30,485 top-end model has Xenon headlights as standard equipment, while active lane departure warning, intelligent beam headlights and active cruise control will also be added.

Under the bonnet, Citroen has introduced the new 1.2 PureTech 130 EAT8 automatic powertrain. It’s much the same 1.2-litre, 129 bhp turbocharged petrol engine found in the manual Grand C4 Spacetourer, as well as cars such as the C4 Cactus and the DS 3 Crossback, but it’s now paired with an eight-speed automatic transmission. It has also passed the Euro 6.3 emissions standard that isn’t technically necessary until 2021.

Prices for the new Grand C4 Spacetourer will start at £25,935 for the Touch Plus 1.2 PureTech 130 manual model, while the new PureTech 130 EAT8 will come in at £27,505. Order books have already opened for the updated car, but the first deliveries will not take place until October 2019.