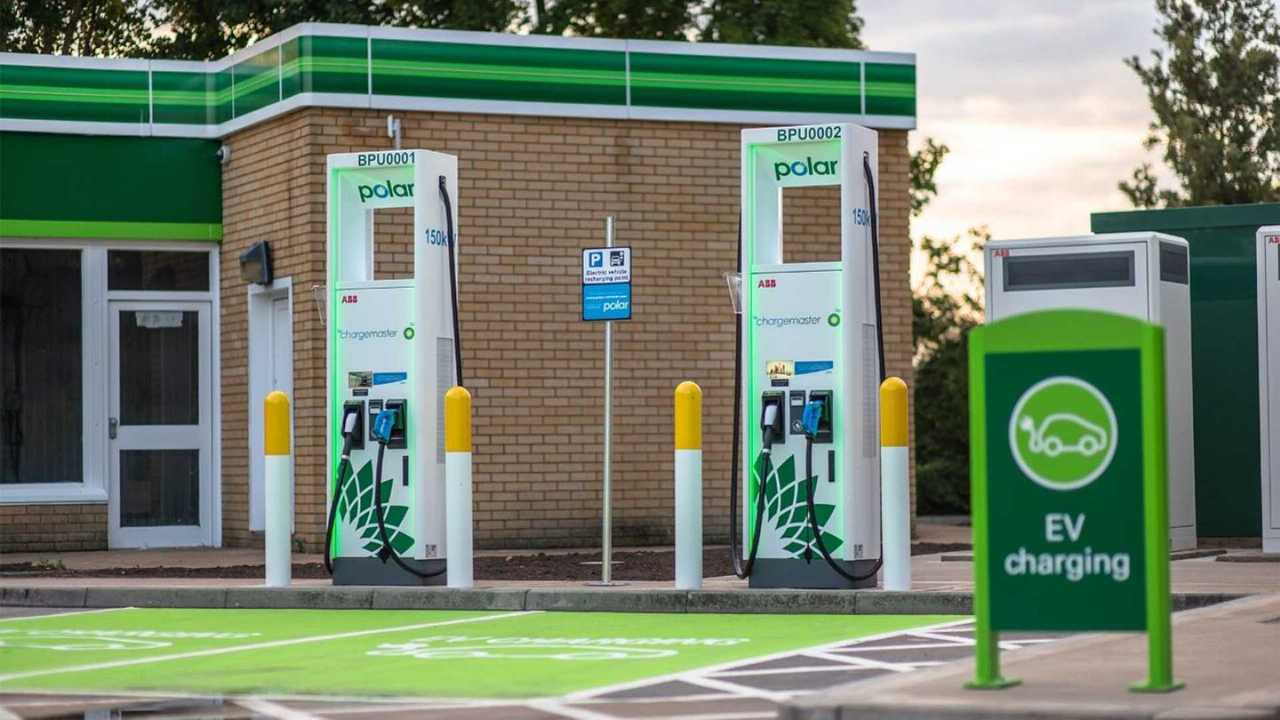 Some of that money will be spent on building 3,000 new rapid charging points.

The government has announced a £400 million investment in electric vehicle charging infrastructure that will see the number of British rapid charge points double.

According to the Department for Transport (DfT), the first £70 million of the government’s money will be used to build 3,000 electric vehicle (EV) rapid charging points across the country. That means the UK’s total number of rapid charging points will more than double, hitting 5,000 once the work is completed in 2024.

The rapid charging points, the DfT says, will have the ability to “recharge a family car in as little as 20 minutes”, and the department hopes that will make EVs “more accessible” for people across the country. The announcement also comes as the government is reviewing the provision of charge points across the country’s major road network. Once the review is complete, the DfT hopes to use the results to plan in charge points so consumers can top up their cars’ batteries “whilst stopping for a coffee at a service station”.

Although the headline investment is £400 million, just half of that will be funded by the government, with private sector partners putting up the other half. However, the investment will run in parallel with a £1.5 billion cash injection to support the uptake of electric vehicles, which is part of the government’s plan to end the sale of conventional petrol- and diesel-powered vehicles by 2040.

“We are driving ahead with plans to make travel greener while backing British innovation and technology,” said Exchequer Secretary Simon Clarke. “I am delighted to announce this funding that will more than double the number of rapid charge points for electric vehicles on our roads. Britain already boasts one of the biggest networks of charging infrastructure in Europe and soon we will have the fastest thanks to this investment.”

Meanwhile Transport Secretary Grant Shapps said the investment would help electric vehicle ownership become easier, and that he wanted charging a car to become more like charging a phone.

“It’s fantastic there is already a rapid charge point at almost every motorway service station, and now more charging stations than petrol stations,” he said. “But I want to see thousands more charge points installed across the UK. This fund will help drum up further investment in charging infrastructure from the private sector, so charging an electric car becomes as easy as plugging in a smartphone.”