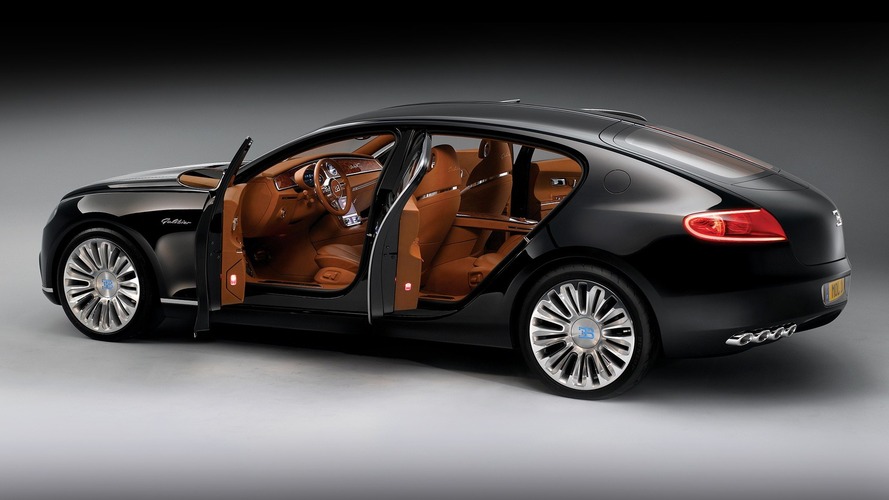 Fingers crossed it won't be an SUV.

Bugatti has been keeping itself quite busy lately what with all the Chiron derivatives, such as the one-off La Voiture Noire a.k.a. world’s most expensive new car ever, followed by the EB110 tribute Centodieci, and the new Super Sport 300+. In an interview over dinner with Automotive News Europe at the headquarters in Molsheim, Bugatti’s president Stephan Winkelmann hinted at a possible expansion of the lineup in the long term.

The Volkswagen Group’s elite marque is actively considering a four-seater model to sit alongside the mighty Chiron. However, it’s easier said than done as such a vehicle would need a big budget to spend on development since it would be vastly different than the W16 hypercar. For this reason, Winkelmann said what Bugatti needs is to secure some “sexy” financing to make it happen.

At one point during the interview, he made an interesting comment about a hypothetical scenario in which all of VAG’s luxury marques would sit under the same umbrella: “If we put those types of brands together, it’s unique in the automotive industry.” Winkelmann refused to talk about Bugatti potentially holding a public stock offering by mentioning he’s not the one to make these kinds of decisions.

If the French high-end brand will find a way to secure funds to engineer a second model line, the 54-year-old executive born in Berlin mentioned it would not be a fully electric Chiron since he argues hypercars must still have a conventional powertrain in the foreseeable future: “There is still a lot of time for internal combustion engine.”

That being said, Lamborghini’s former President and CEO did mention an electrified powertrain, possibly a petrol-hybrid setup, would make sense in a daily driver Bugatti at a more attainable price tag. Ok, maybe “attainable” and “Bugatti” shouldn’t be used in the same sentence because the car he was referring to would still cost in the €1 million price range or roughly three times less than a Chiron.

As a final note, the man in charge at Bugatti told ANE that nearly all 30 units of the Chiron Super Sport 300+ hypercars planned for production have already been pre-sold in a matter of days, at about £3.2 million a pop.