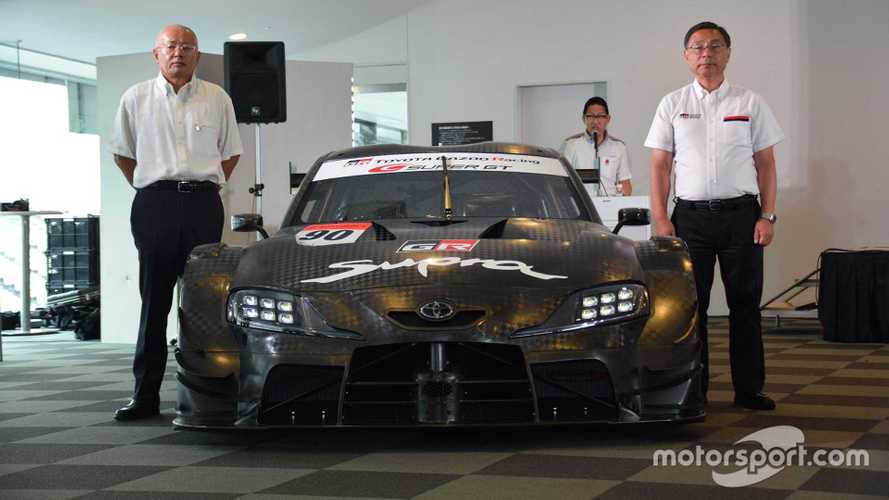 Toyota has taken the covers off the GR Supra ahead of its debut in the 2020 SUPER GT season.

Toyota’s new SUPER GT challenger was unveiled at a press conference at Suzuka on Wednesday, alongside the revised versions of Nissan GT-R and Honda NSX-GT.

The Supra was a mainstay in the All-Japan Grand Touring Car Championship (JGTC) in the late 1990s and early 2000s, but was replaced by the Lexus SC430 in 2006, three years after the Supra road car went out of production.

During its decade long-stint, the Supra won titles in the premier GT500 category, including in its swansong outing in 2005.

Supra’s return marks the final spell in SUPER GT for Lexus and its hugely-successful LC500, which made its debut only three years ago and powered Nick Cassidy and Ryo Hirakawa to the 2017 title.

Toyota had confirmed Supra’s return to SUPER GT back in January with a concept version of the race car, clad in red-and-white Toyota Gazoo Racing livery.

However, it wasn’t until Wednesday when the Japanese manufacturer unveiled the final trim of the Supra, built according to the new Class One regulations SUPER GT will share with the DTM from 2020.