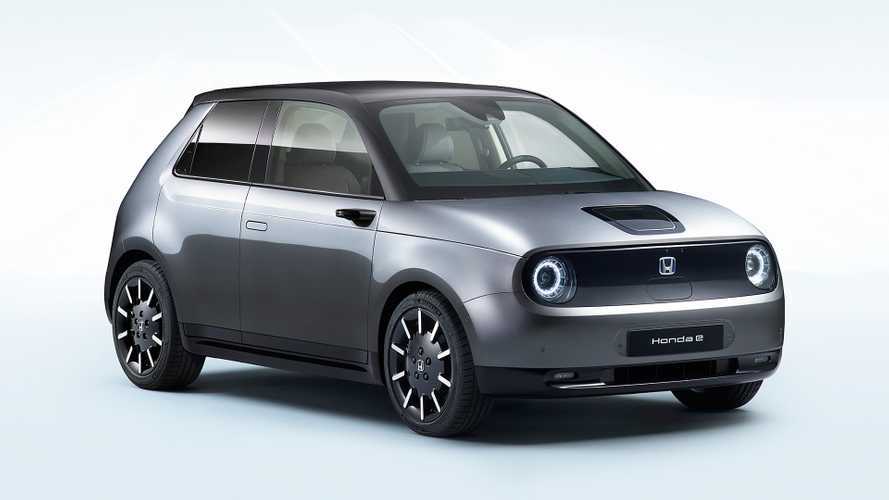 You can order one now, but it won't arrive until next summer.

The new Honda e electric hatchback is now available to order ahead of the first customer deliveries beginning at the start of next summer.

More on the new Honda e:

Prices for the entry-level zero-emission supermini will start at £26,160 when the government's Plug-In Car Grant (currently £3,500) is applied, but prospective buyers won't be able to order that car until early next year. For now, the only car on offer is the top-spec Advance model, which comes with a £28,660 price tag.

That money buys you the more powerful 152 bhp motor, rather than the standard car's 134 bhp unit, as well as some extra equipment. The standard car already gets cameras instead of door mirrors and a widescreen digital dashboard in place of conventional instruments, but the Advance adds a central camera in place of a rear-view mirror and a parking assistance system, plus a high-end sound system.

The long-awaited e was finally revealed in production form at this week's Frankfurt Motor Show, after various prototype previews throughout the year. The final car uses a water-cooled 35.5 kWh battery that feeds the electric motor, which then sends its power to the rear wheels.

The battery can be charged from empty to 80 percent in 30 minutes, while Honda says a full charge will return up to 136 miles. The charging port is integrated into the bonnet, which Honda claims enables "easy access" from the front of the car or from either side. Displays on the dual touchscreens inside the car present the current level of battery charge, while another graphic shows the recharging status. When the vehicle is in motion, meanwhile, the displays show the power flow and regeneration of the battery charge during deceleration.

"We’re pleased to be able to confirm the pricing for the Honda e," said Phil Webb, head of car at Honda UK. "Designed for the urban environment, and originally called the Urban EV, the Honda e has a competitive range of up to 136 miles.

“Honda research has found the average European commute is approximately 30 miles, making it more than sufficient. Coupled with the fast charge capability of 80 percent in 30 minutes and the Honda e is perfect for the urban environment.

“Honda e is the embodiment of the brand’s commitment to electrification and is the next step towards our electric vision for 100 percent of European sales to be electrified by 2025.”