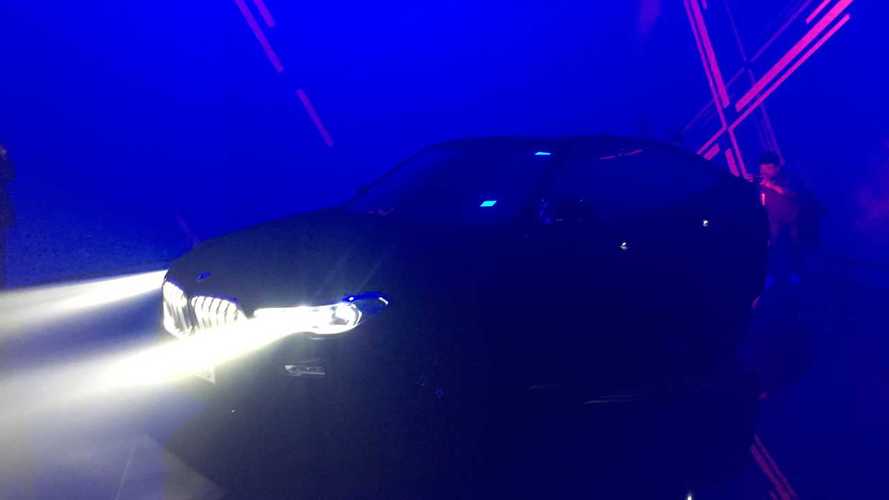 The room looks ready for a rave, and the X6 Vantablack is ready for the party to start.

The BMW X6 Vantablack is on display at the Frankfurt Motor Show, but the exhibit space's bizarre, blue lighting with red and green highlights makes the ultra-black, sleek crossover look straight out of a cyberpunk vision of the future. We aren't sure why the company is displaying it this way, but walking into the oddly lit room is a surreal experience.

This unique X6 has the Vantablack VBx2 coating over all of its body panels. The covering absorbs 99.96 percent of visible light making the substance the blackest colour in the world. The illuminate grille, headlights, and taillights don't wear the materials, so they are still able to shine.

Because the colour reflects almost no light, the X6 Vantablack looks flat and practically two dimensional even when you see it in the real world. The concept behind the project was to create a different way to conceal a new vehicle's design without resorting to camouflage or installing fake body panels.

Forget a red X6, they painted this one black:

We are still hoping to get a good look at the Vantablack under direct light because BMW's photos can only tell so much of the story. Seeing is believing. Still, the example in Frankfurt has a very cool aesthetic because the oddly coloured lighting doesn't reflect off the body. The X6 looks like a crossover-shaped void in the space.

BMW has no intention to sell the new X6 in Vantablack, but the latest iteration of the coupe-inspired crossover goes on sale in the U.K. in November.