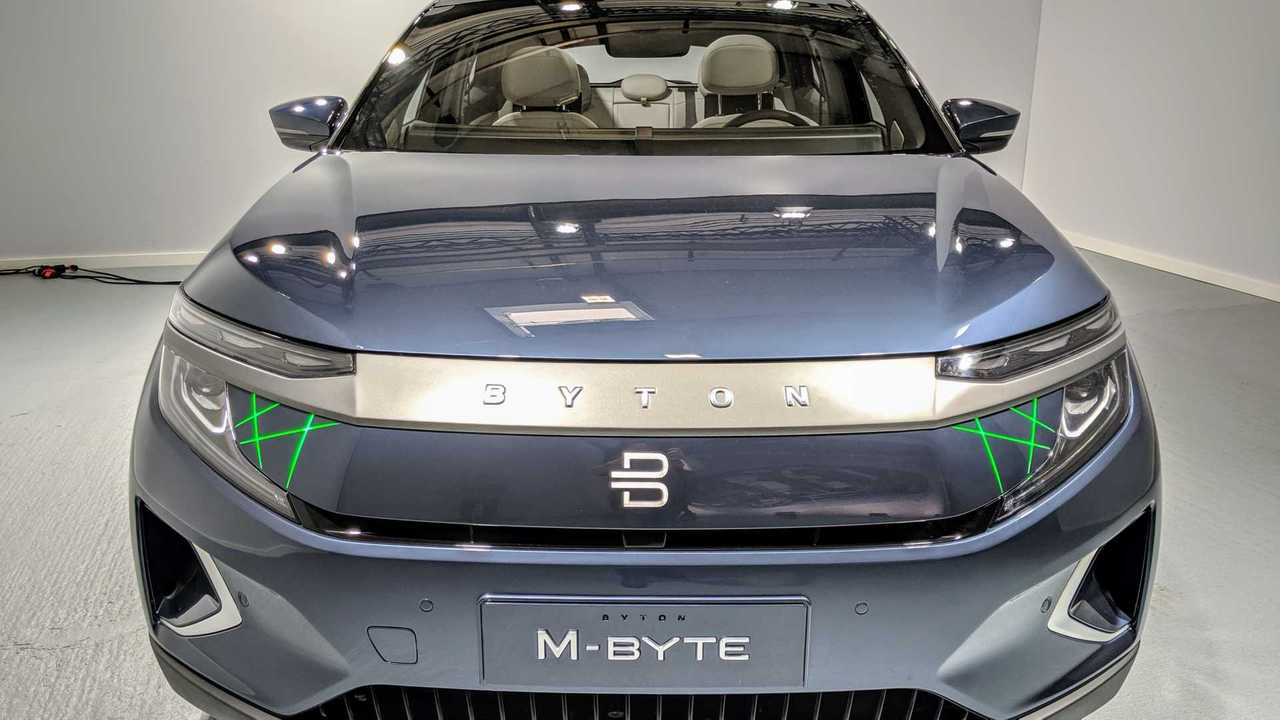 It looks like an SUV, but if you ask the folks ay Byton, they'll tell you it's the worlds first SIV, or "Smart Intuitive Vehicle". Whatever you call it, today, at the Frankfurt Auto Show, Byton formally introduced the production version of their first vehicle, the M-Byte.

The M-Byte will launch in early 2021, and initially be limited to the Chinese market. However, sometime in the first half of 2021, Byton plans to begin exporting the M-Byte to the US, and European markets. This launch date translates to a 3-6 month delay from the originally-promised start of production at the end of 2019.

I spoke to Byton representatives and was told the reason for the slight pushback is that they want another couple months for quality control. They have already build over 100 pre-production M-Bytes, and done all the hot & cold weather validation, as well as global crash testing. However, their new factory has just been completed, and they need to build a few hundred production versions, and refine the manufacturing process before customer hand-offs and that will take a few more months.

Speaking with Byton CEO Daniel Kirchert, I was told that they are particularly cognisant of the fact that many Chinese-built new cars launch with quality issues, and they are dedicated to making sure that doesn't happen to Byton. They plan to be a global brand, and understand that they only get one shot at the launch, and are willing to wait a couple more months to make sure the M-Byte is absolutely ready for customer deliveries.

That's still is pretty amazing, when you consider that nobody had ever even heard of Byton before January of 2018, when they had their formal introduction at CES in Las Vegas. In less than 2 years, they have announced the brand, shown concepts for their first two vehicles, the M-Byte and K-Byte, brought working M-Byte prototypes for media rides at various events, built an enormous state-of-the-art factory in Nanjing, China, and opened up a retail showroom in Shanghai (with more stores about to open). If they do deliver cars to the Chinese market in the first half of 2020, they will have gone from obscurity to customer deliveries in 30 months - that's quite an accomplishment.

The M-Byte will be offered in rear-wheel drive, and all-wheel drive configurations. It will also have two battery options. The standard battery is 72 kWh (usable), which Byton claims will offer a driving range of 250 miles. However, we suspect that estimate was calculated using the NEDC range rating system, which isn't very accurate in real world driving. There's also an optional 95 kWh battery (also usable capacity) which Byton claims gives the M-Byte a 323 mile driving range.

Personally, I believe the EPA range ratings will be closer to 200 miles for the 72 kWh model, and 260 miles for the 95 kWh version, but we'll have to wait until sometime in 2020 to get those numbers.

The production M-Byte definitely didn't stray far from the concept version, as expected. Byton had explained that in order to bring the vehicle to production so quickly, they couldn't make a wild concept that barely resembled the real vehicle, as often is the case in the automotive world.

Instead, they needed to start off with a vehicle that was as close to the finished product as they could, only making the slight improvements and adjustments that were necessary during testing and validation.