Land Rover Defender: See the changes side by side 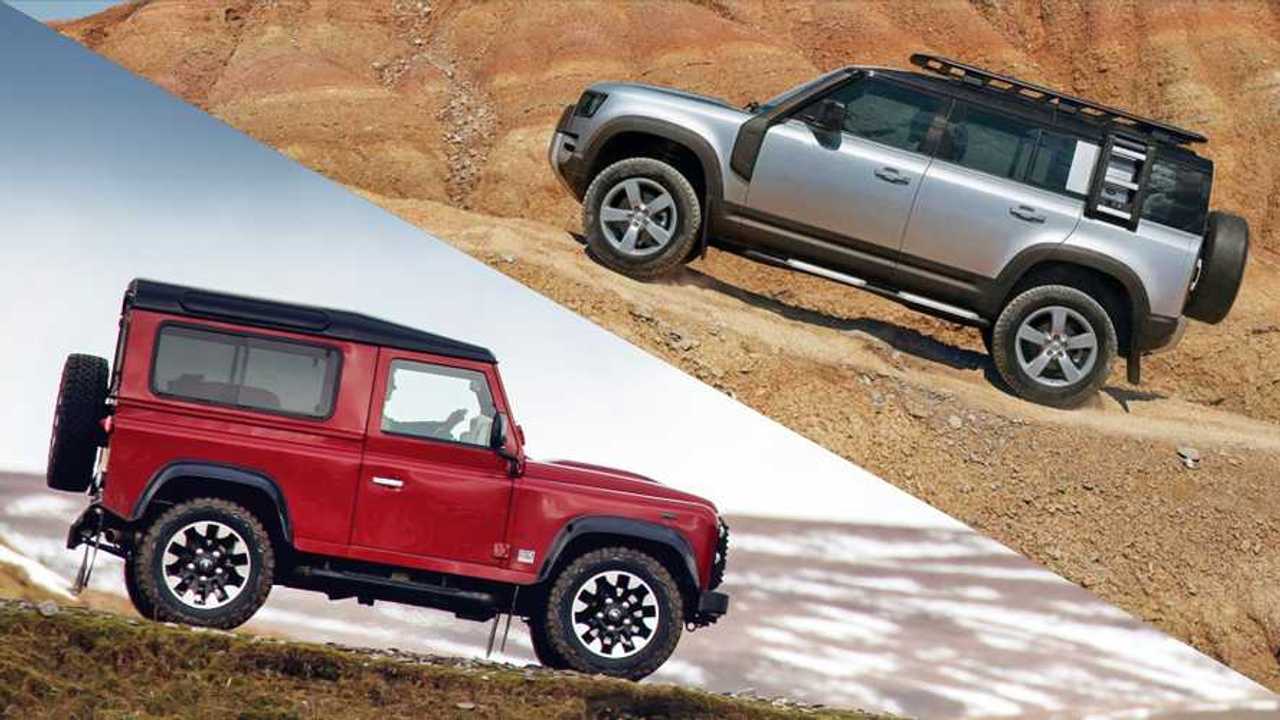 The Land Rover Defender is officially back after ending production of the long-lived previous generation in 2016. The designers of the new one retain the spirit of the original, boxy look but overhaul everything about it to create a thoroughly modern appearance.

Use Motor1.com's slider tool on the images below to get a better view of how different the new Defender is from the old one. If you're having trouble seeing the difference, the previous Defender is always on the left and the latest one on the right.

The previous Defender is a design icon due to its simple, utilitarian shape. The basic look is simple, two-box shape with a subtle that creates the shoulder line running the entire length of the body. The front end features an upright grille with a pair of circular headlights and smaller, separate lamps at the corners.

Comparatively, the new Defender takes the most basic elements from the original and makes them look modern. The two-box shape and upright grille are still there, but the sharp lines are mostly absent. Instead, the designers apply soft curves to areas like the A-pillars. The inspiration from the original's circular headlights is visible, but the designers slice off the top of them to create a somewhat more aggressive face.

In profile, the new Defender has only a passing similarity with the original. The designers give the vehicle a softer, more modern look. The exposed door hinges are gone, and the rear wheels now slice into the back door openings, rather than keeping the fender wings separate from them. The C-pillar is now far thicker, too.

At the back, the original Defender keeps things simple by using small, simple lamps for the taillights. The new model opts for a more conventional appearance. Large, square lights are now on each side of the tail. There's still a spare tyre on the swinging door for accessing the rear cargo area.

The new Defender's cabin has very little in common with the original. The biggest similarity is placing the HVAC vents at the very top of the centre stack. The 2020 model features a 10-inch infotainment screen that runs on Land Rover's new Pivi Pro software that supports connecting two smartphones to it at once. There's also a 12.3-inch digital instrument cluster and a head-up display.