VW Beetle GTI rendering is the sporty bug that never was 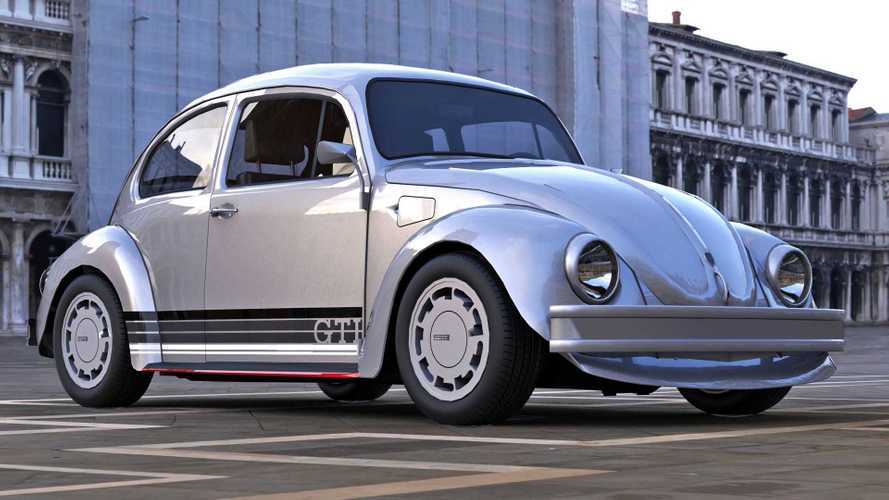 An awesome "what if" GTI.

Sometimes, car companies don't exactly go in the direction enthusiasts would like. In reality, the enthusiast makes for such a small percentage of potential buyers that manufacturers would rather focus on satisfying the masses. Once in a while, a car can do both; appeal to the average consumer while providing for a fun and satisfying drive. A classic example of this was the original Volkswagen Golf Mk1, which provided practicality, and at the same time was the basis for the iconic GTI. As a replacement for the Volkswagen Beetle, the Golf was a sign of the times; people wanted economical cars, and the looming oil crisis of the 70s and declining sales for the Beetle didn't help.

Gallery: VW Beetle GTI Rendering Is The Sporty Bug That Never Was

But, what if the Volkswagen Beetle carried on? What if the head honchos at VW and the market dictated that the Beetle would carry on the torch for small cars into the 70s? No doubt a Beetle GTI would be in the works to satisfy those who were looking for more performance. That's exactly the premise of this awesome render by Abimelec Design.

Sporting all the cues and characteristics of the original bug, this Volkswagen Beetle GTI adopts an Audi Sport turbocharged version of a 1.6-litrе engine, and sports twin carbs, supposedly an industry first. The result is an estimated 100 bhp, and while that doesn't sound like much, in a car that weighed in at just under 1,000 kilograms, chances are it could match the heavier Golf GTI or even outperform it in some cases. It's air-cooled, of course, but you do get wider tyres, tweaked suspension, and GTI sport disc brakes all around with a brake regulator for even stopping power.

The Beetle still lives on:

This is the last Beetle that Volkswagen will ever make
⠀

Did we mention it comes with some nifty GTI livery and can be had with several awesome colours? Check out Abimelec Design's social media page for other cars and more cool renderings.