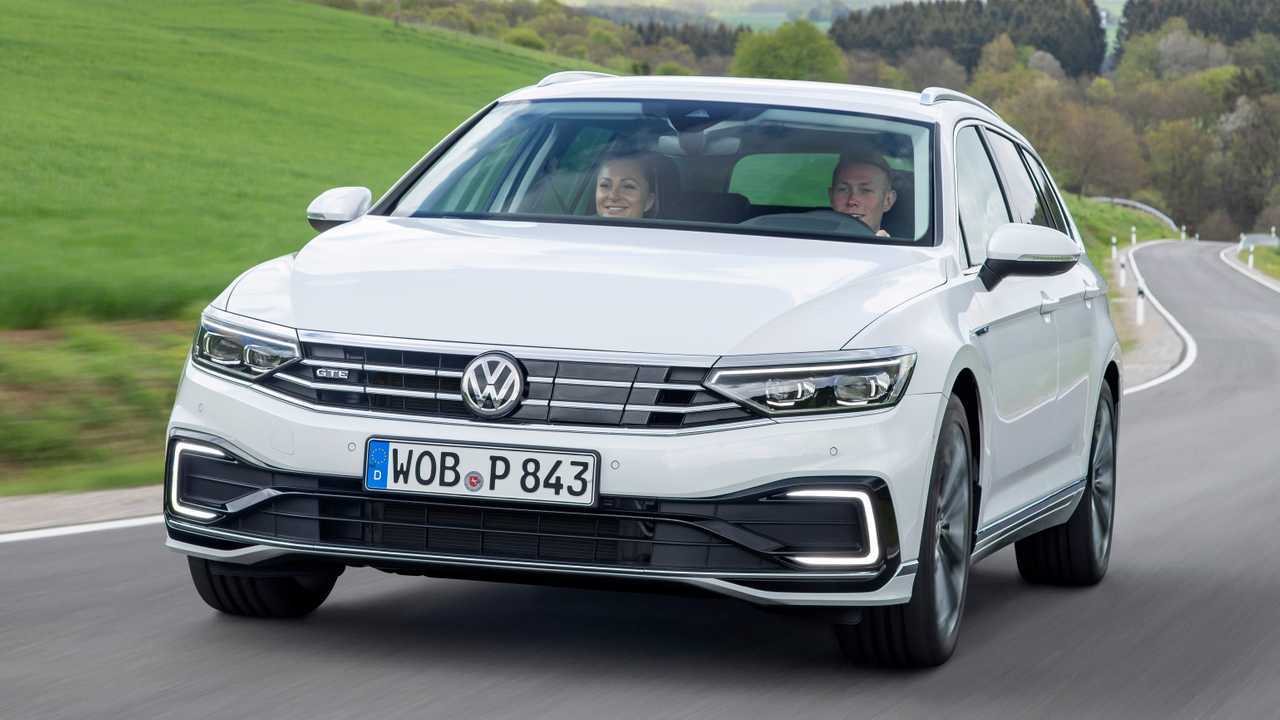 Volkswagen’s re-released plug-in hybrid Passat GTE is available to order in the UK once more with prices starting at just over £36,000.

The German brand last month confirmed the GTE model would make a comeback in the updated Passat, but the firm has only now revealed the pricing structure. In all, VW expects the newcomer, which is offered in both estate and saloon guises, to make up around a quarter of all Passat sales.

Powering those cars will be a 1.4-litre turbocharged petrol engine and an electric motor, which will work together to offer CO2 emissions of just and an all-electric range of between 33 and 36 miles according to the new, more stringent WLTP economy test. That’s a noticeable improvement over the old car, which managed 31 miles on the old, more forgiving NEDC test.

The basic GTE will be marked out by its 17-inch ‘Nivelle’ alloy wheels, sports suspension and blue brake calipers, while the interior will include an eight-inch touchscreen infotainment system - all of which is included in the £36,390 starting price. However, if customers opt for the more expensive GTE Advance model, which starts at £38,940, they’ll get larger 18-inch ‘Monterrey’ alloy wheels, LED matrix headlights, and a larger 9.2-inch touchscreen. The top-end model will also come with keyless entry and an ‘easy-open’ power tailgate.

Those prices cover the basic saloon model, but if customers prefer the roomier estate, that’s available for a small premium. In standard GTE spec, the Passat estate comes in at £37,920, while the GTE Advance costs £40,470.

“We are very pleased to have such a strong offering in the new Passat,” said Patrick McGillycuddy, head of sales operations at Volkswagen UK. “It debuts many exciting new technologies for the Volkswagen brand such as Travel Assist and wireless App Connect, so is the perfect companion for families and business users that travel long distances.

“The previous Passat GTE was incredibly popular in the UK and I’m happy to say that we have increased the mix for the new model to match this strong demand. In fact, we expect 25 percent of sales for the new Passat will be the GTE.”

At the same time, VW has also announced some new engines for the ‘normal’, non-hybrid Passat. At the foot of the range is the 1.5-litre EVO petrol engine, which produces 148 bhp and can save fuel by shutting down two of its four cylinders when they aren’t needed. Available with a six-speed manual gearbox or a seven-speed automatic, it will come with a starting price of £25,370 in the basic Passat SE saloon.

Further up the range, VW is also introducing the new 2-litre diesel EVO engine, which can also shut down half its cylinders to save fuel. Available only with a seven-speed automatic gearbox at first, it will start at £28,930 in the Passat SE saloon.