Alpina B3 Touring spied wagging its tail ahead of Frankfurt debut 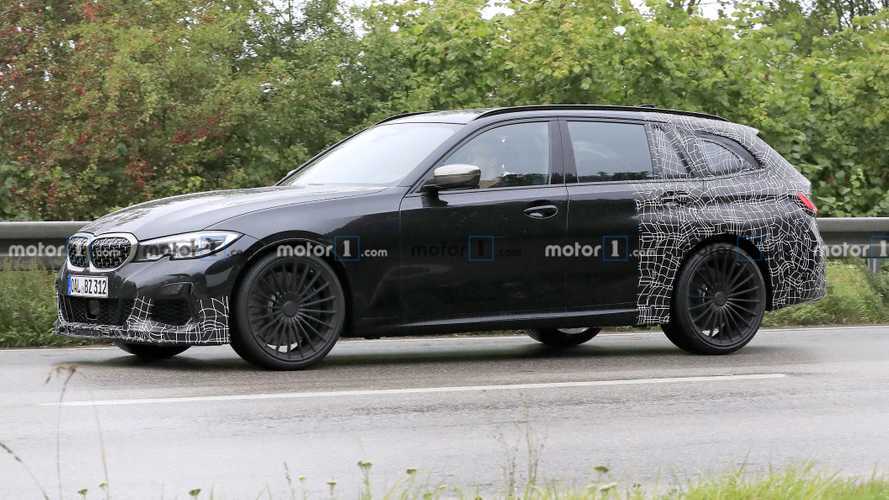 We are just days away from a string of debuts at the 2019 Frankfurt Motor Show, and this camouflaged BMW estate will be among them. It’s not your typical long roof Bimmer, however – it’s the B3 Touring from Alpina, which will be the first such offering from the German company involving the new B3 lineup. A saloon is expected later, but we will see the estate first.

New B3 is coming:

New Alpina B3 Touring teased ahead of Frankfurt Debut

How can we be sure this is actually an Alpina product? The wheels certainly look the part, and there’s the quad-oval exhaust outlet at the rear. The number plates are also a clue, though such statement is a bit of inside baseball for those not extremely familiar with the brand. The OAL prefix signifies a region of Germany where Alpina happens to be located.

As you can see, there isn’t a terrific amount of camouflage so Alpina’s exterior changes to the 3 Series Touring won’t be extreme. A brushed-up front fascia is an easy swap, but things at the rear are a bit more interesting. This B3 Touring looks a bit wider than the standard BMW-spec model, but compared to spy photos of the next BMW M3, it isn’t quite as wide.

That’s indicative of the performance nature beneath the skin of this new long-roof B3. Alpina is known for both luxury and power, and though specific details on the powertrain are still a guarded secret, seeing upwards of 450 bhp from the boosted 3.0-litre inline-six engine isn’t a stretch. The standard 3 Series Touring offers up to 369 bhp, but we don’t expect Alpina to go full M3 on its estate with a 500-bhp tyre-shredder. 450 ponies should still be plenty for a healthy smoke on those family outings.

All your B3 Touring questions will be answered on September 10. That's when Alpina will debut the new model, just ahead of the Frankfurt Motor Show.