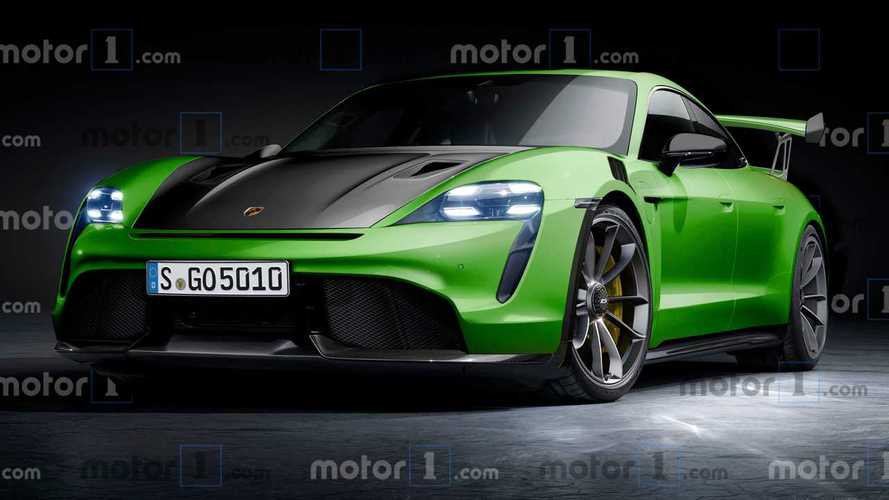 It's purely a work of fiction, but we like what we see.

The Porsche Taycan is the German automaker’s first fully electric vehicle, and thus far response has been relatively positive, save for the stratospheric £115,858 base price for the Taycan Turbo and £138,826 for the Turbo S. Actually, that’s another bit of controversy in the motoring world for this EV, since it obviously comes with nothing remotely resembling a turbocharger. In this instance, Porsche is using the Turbo moniker simply as a trim level, matching the existing progression found throughout its lineup.

The Taycan is real:

As such, we’ve already waxed poetic about possible future Taycan evolutions. Few Porsches are as fearsome as a 911 GT2, and that’s exactly what our exclusive rendering attempts to capture. It must be mentioned that we’ve heard no rumours whatsoever that such a Taycan is coming, or for that matter, is even under consideration. After seeing our scandalous thoughts brought to life in this rendering, we’re really hoping that changes.

There aren’t any great secrets behind this fictional Taycan GT2. The frunk and front fascia borrow styling cues from the 911 GT2, and yes, that includes gaping air intakes for a non-existent engine. In this instance, we envision extra cooling capacity for the motors and batteries, which can generate significant heat during performance applications. And make no mistake – if this Taycan is going to wear a GT2 badge it must live up to the expectations that title demands.

Dissipating heat isn’t the only upgrade fitted to our Taycan GT2. It wields a properly massive adjustable wing at the rear and vents over the front wheels for improved aero. Its GT2-specific wheels are lightweight. It rides slightly lower than the standard Taycan Turbo. And naturally, it wears the appropriate shade of green. What’s our estimated cost on this ride? A lot.

The chances of ever seeing a Taycan GT2 are right up there with flat-earthers actually being right, so study this rendering and let your imagination run wild. After all, that’s what cool car renderings do best – intrigue the mind and inspire the soul.