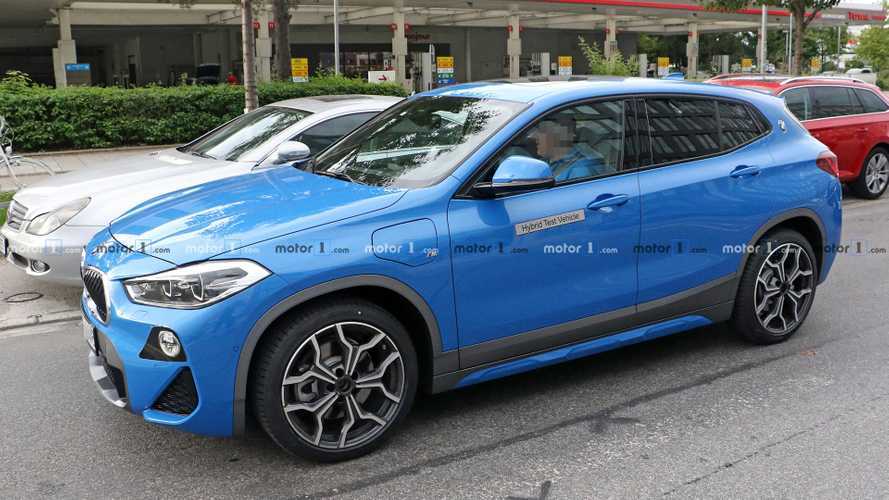 It should have a turbocharged three-cylinder powering the front wheels and an electric motor for turning the rear.

Take a look at the upcoming BMW X2 PHEV without any camouflage. If you want proof that this is the electrified version and the panel for hiding the plug-in port, then the Hybrid Test Vehicle decals on the body should be plenty of evidence.

The X2 PHEV looks almost identical to the versions of the crossover that are already available. Our eagle-eyed spies note that the fog lights here are actually just decals. This suggests the model might have a different design here than other variants. A panel ahead of the driver's door hides the receptacle for plugging in the powertrain. At the back, there's only a single exhaust emerging from the rear, rather than a pair of pipes like on other variants.

If the X2 plug-in follows the lead of other BMW PHEVs, then it would carry the xDrive25e moniker. The powertrain for these models comprises a turbocharged 1.5-litre three-cylinder that drives the front wheels and an electric motor for turning the rear axle. For the Chinese market's BMW X1 xDrive25Le, the setup makes 231 bhp and 282 pound-feet. A six-speed automatic is the only available gearbox.

Since the X2 is so mechanically similar to the X1 and that crossover already has the plug-in hybrid powertrain, engineering this version shouldn't be too big of a challenge for BMW. With practically no camouflage, the company clearly isn't too concerned with letting people see this vehicle either. These factors suggest that the debut of this model could happen sooner rather than later. The Frankfurt Motor Show begins soon, so there's a possibility of seeing it there.