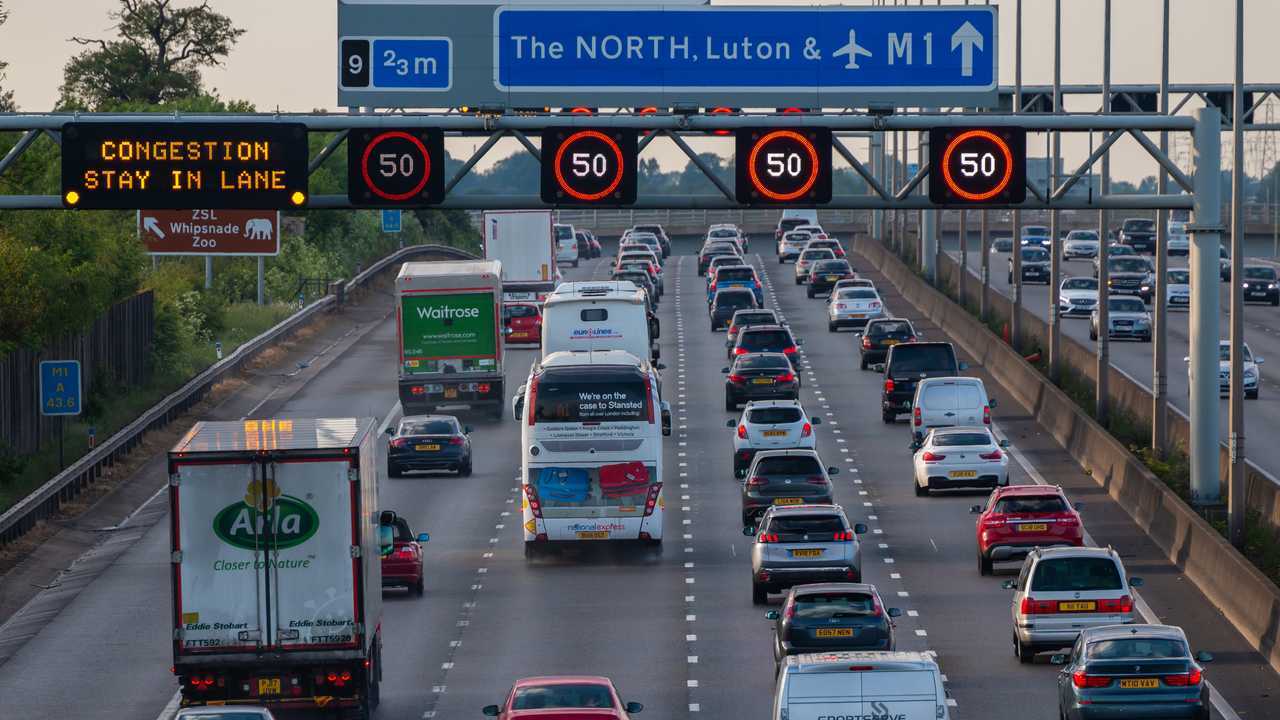 It's after the AA recommended stopping the rollout of motorways that use the hard shoulder as a lane.

The government-run organisation in charge of England’s strategic road network has come out in defence of smart motorways after the AA urged their abolition.

Highways England’s chief engineer defended the new roads, which enable the hard shoulder to be used as a ‘live’ lane to ease traffic congestion. The system, known as all-lane running, or ALR, uses overhead gantries to control the lanes in use, with the ability to close a lane should there be a breakdown.

These smart motorways, which also have emergency refuge areas (ERAs) at regular intervals, have come under fire after the AA uncovered a 2016 report showing the average time taken to spot a broken-down vehicle in a live lane on one stretch of the M25 stood at more than 17 minutes. That, the AA says, is partly because the smart motorways are often monitored by CCTV, which will only spot a breakdown when the camera is ‘looking’ in the right direction.

In a bid to improve detection of broken down vehicles, Highways England has rolled out a radar-based detection system that can spot a breakdown in a live lane 16 minutes faster, but the AA says just 24.2 miles of smart motorway are covered by such a system. With Highways England’s own data showing breakdowns in live lanes are 216 percent more dangerous than those on hard shoulders, AA president Edmund King urged the government to stop the roll-out of smart motorways and increase the number of ERAs.

“This smoke and mirrors approach to the removal of the hard shoulder has gone on long enough,” he said. “There have been too many incidents, too many near misses and too many excuses as to why promises have been bent or broken. We must stop removing the hard shoulder immediately and double the number of emergency refuge areas already in place.”

However, Mike Wilson, the chief engineer at Highways England, said the smart motorways were “good for drivers”, claiming some the latest smart motorways had cut casualty rates by a quarter.

“Motorways in this country are among the very safest roads in the world,” he said. “Highways England would never carry out a major improvement scheme without being confident that we would maintain or enhance this position. Evidence indicates that smart motorways are helping to improve safety. The first nine of the latest generation of smart motorways have reduced casualty rates by more than 25 percent.

“Smart motorways are good for drivers, adding vital extra lanes to some of our busiest motorways and making journeys safer and more reliable. As with other roads, we monitor the safety performance of smart motorways and are rolling out enhancements to improve the road user experience.”