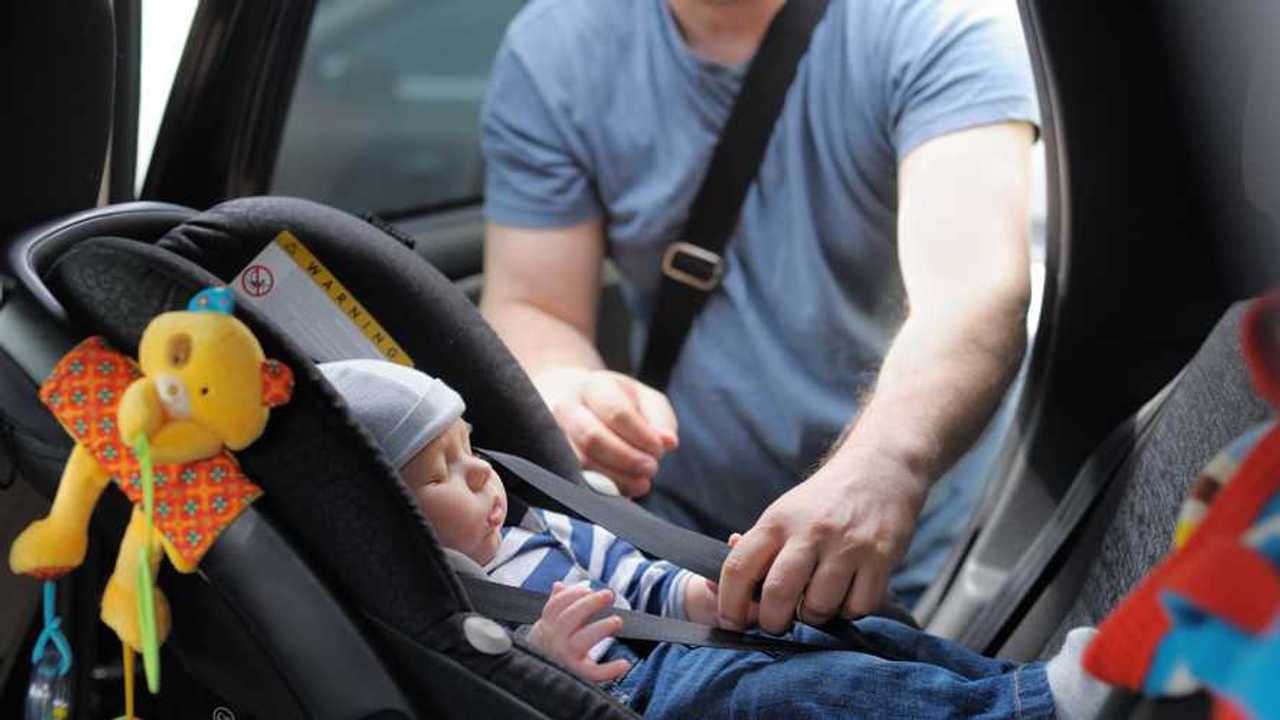 Professor says parents should try to avoid car journeys of more than 30 minutes for their baby.

Millions of parents could be causing their child health problems by leaving them in car seats for longer than they should, according to new research.

More on kids in cars:

A study of 2,000 people by Churchill Car Insurance found that 29 percent of parents have left their babies sleeping in car seats rather than putting them in a cot. That, the company says, is despite an association between using car seats as sleep aids and sudden infant death syndrome.

The insurance firm cites a 2016 study by the Lullaby Trust, which found that newborn babies sitting at a 40-degree angle in a car seat for just 30 minutes can experience increased heart and breathing rates and lower blood oxygen level due to their position. As a result, one of the team members behind the Lullaby Trust’s research has recommended that parents “try to avoid” car journeys of more than 30 minutes for babies aged four to six weeks.

“Although it is very important for parents to always use an appropriate car seat for young babies on car journeys, the baby should always be taken out of the seat and placed in a suitable sleeping place such as a cot or Moses basket after the journey,” explained Professor Peter Fleming from the University of Bristol, who was part of the team which conducted the research funded by the Lullaby Trust.

“Car seats are not designed for longer periods of infant sleep. In the first four to six weeks after birth parents should try to avoid car journeys of more than 30 minutes for their baby, and whenever possible, an adult should travel with the baby in the back seat of the car to keep a check on their position and well-being. If longer journeys are unavoidable, please take regular breaks in which the baby is taken out of the car seat as much as possible.”

In spite of this advice, Churchill says its study revealed that more than two-thirds of parents have driven with their baby in a car for more than 30 minutes. Of this number, the company says more than three quarters did so once a month or more and 43 percent did so once a week or more.

Assuming the Churchill survey’s sample is representative of the public as a whole, that could mean as many as 22.6 million parents have spent more than half an hour driving with their baby in a child seat. Similarly, the statistics suggest almost 10 million do so once a week or more.

Churchill says its survey also revealed a generational divide between parents, with younger generations more aware of the dangers of using car seats for anything other than transport. The study found two-thirds (66 percent) of parents aged 18-34 know they should not put their baby to sleep in a car seat - more than double the percentage of those who are now aged 55+ (23 per cent).

“We understand that new parents face numerous challenges and have to make many decisions about what is best for their baby,” said Alex Borgnis, head of car insurance at Churchill. “Driving with newborns is usually unavoidable and parents shouldn’t be worried every time they need to do so, after all, the safest way for a baby to travel in a car, is in a car seat and it is also required by law.

“There are some simple steps parents can take to help reduce any potential risk. Avoid driving for long distances with a newborn baby as much as you can and if you need to, remember to stop regularly and, if possible, have an adult in the back of the car to keep an eye on your baby and check it isn’t slumping forward. It is also important to remember not to use car seats as sleeping aids, however tempting it may be to leave a baby sleeping.”