Hyundai i30 five-door facelift spied looking like an estate 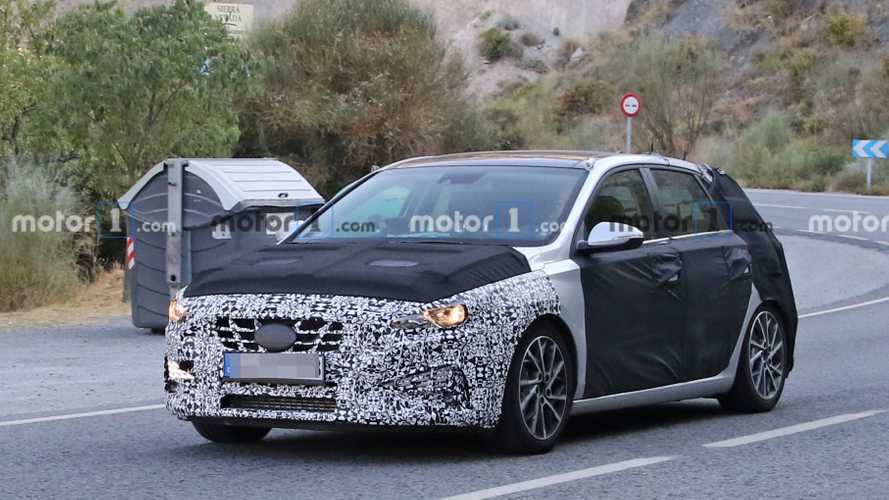 The extra junk in the trunk is just a clever disguise for the familiar hatchback.

Right now, Hyundai fans have their attention focused on the i30 N Project C. It’s an even hotter version of the hot hatchback, slated to debut in just over a week at the 2019 Frankfurt Motor Show. However, that didn’t distract our spy photographers when this rather heavily camouflaged five-door came into view, signifying the future for the i30 beyond the next couple weeks.

Right now, it's all about the N:

Yes, a facelift is on deck for Hyundai’s hatchback, and judging by the amount of camouflage, it could be rather substantial. Up front we can sort-of see the new grille that’s coming, along with a redesigned fascia, freshened fog lamps, and air intakes. Heavy camouflage covers the rear, and a clever false panel gives this prototype a distinct estate look. Don’t be fooled though – this is the shorter five-door and we can suss out new taillights through the sheets. The rear fascia also appears to have some minor tweaks to it.

As for the interior layout and powertrain options, that’s a complete unknown at this point. With the current-generation i30 having debuted for the 2017 model year, this mid-cycle refresh shouldn’t change up the greenhouse beyond some trim updates and added technology. Similarly, engines options will likely carry over with no significant changes, though a bit more power is always a possibility. The current i30 offers a range of four-cylinder petrol engines, along with a turbocharged three-pot and a 1.6-litre diesel. A six-speed transmission with either manual or automatic shifting is offered, with the hotter i30 models using a seven-speed DCT.

We’ve heard no rumours thus far on when the refreshed i30 could land. Perhaps lips will be loosened during the i30 N Project C unveiling in Frankfurt, but even if the rumour mill remains silent, seeing this car sometime next year as a 2021 model makes sense.