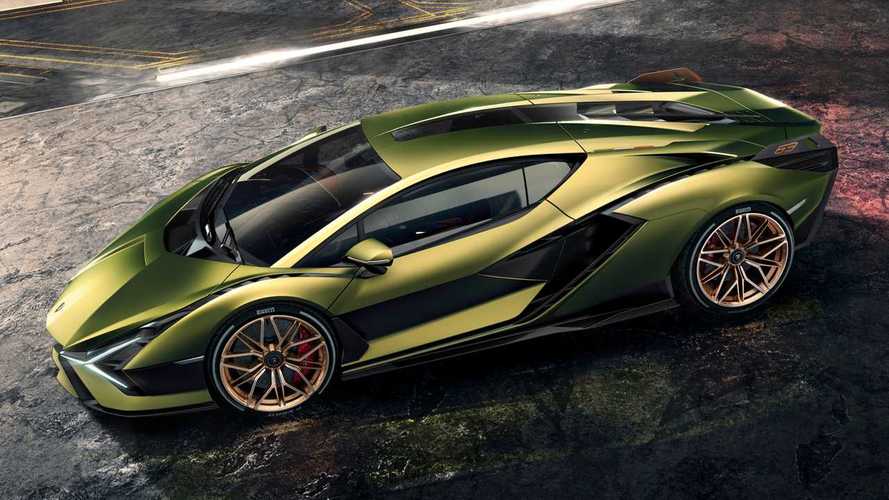 It's now also the most powerful Lambo in history.

The recent leaked photo previewed what is the first-ever production electrified model from Lamborghini. The Lambo Sian now makes an online debut in its full glory, revealing its spectacular design and impressive performance ahead of a public premiere at the 2019 Frankfurt Motor Show next week. And it’s a sight to behold.

Getting to the point without further ado, the supercar relies on the same 6.5-litre V12 naturally aspirated engine that’s also used by the SVJ. In this application, however, it is accompanied by a 48-volt mild-hybrid system, which adds 34 bhp for a grand total of 808 bhp. These numbers turn the new Sian into the most powerful production Lamborghini ever, taking the crown from the 760-bhp SVJ.

All that power is routed to the wheels through a seven-speed automatic gearbox with adaptive shift characteristics depending on the driving mode. It is mated to an electronically-controlled all-wheel-drive system with rear mechanical self-locking differential.

While the power is up compared to the SVJ, the 0 to 62 miles per hour acceleration time is identical. The sprint takes just 2.8 seconds and the top speed is electronically governed at 217 mph – not even close to the Bugatti Chiron Sport’s recent 304-mph run but definitely not slow by any means. However, the car is slightly faster than the SVJ when it comes to the 19-37 mph and 43-74 mph acceleration times – by 0.2 and 1.2 seconds, respectively.

In terms of design, it’s probably safe to say the Sian borrows most of its design elements from the Terzo Millennio. While obviously not as dramatic as the concept, the latest model to come from Sant’Agata Bolognese is a head-turner with its aggressive and angular lines, and perfect supercar proportions. Take a look at the back and you’ll notice six hexagonal LED taillights perfectly corresponding with the exhaust tips featuring the same basic shape.

And if you are wondering about that ‘63’ badge on the little carbon fibre shark fins at the back, it indicates the number of examples Lamborghini will build. Just 63 lucky customers will get the chance to buy the Sian at a starting price of £3 million, which will allow them to individualise their cars through the company’s factory customisation program.