But one of the mayors, Manchester's Andy Burnham, says businesses should be supported as zones are introduced.

Leaders of some of the UK’s largest cities have called on the government to provide extra funding for clean air zones in a bid to tackle pollution. 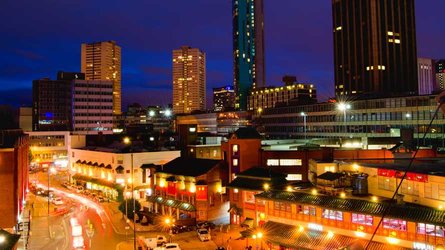 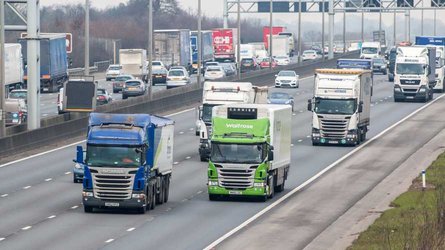 Clean air zones, or CAZs, see vehicles that fail to meet predetermined emissions standards charged to enter a part or parts of a city - usually the centre. Perhaps the best-known example of such a scheme is the London Ultra Low Emission Zone (ULEZ), where diesel cars that do not meet the Euro 6 emissions standard and petrol cars that do not meet the Euro 4 standard are charged to enter the Congestion Charge Zone.

Birmingham and Leeds were also expected to introduce CAZs next year, but the cities were forced to postpone their introduction after encountering problems with the enforcement technology. Glasgow also has a Low Emission Zone, which is similar to the ULEZ in London, although it only targets more polluting buses.

Now, though, a cross-party group of city leaders, including the mayors of London, Manchester and Bristol, have called for more funding to roll out CAZs and schemes that support businesses and individuals trying to adapt to the zones. In total, the mayors want to introduce 30 new CAZs, all with the help of another £1.5 billion in funding.

The city councils, which are all part of the UK100 group - a collection of local authorities that have pledged to switch to “clean” energy by 2050 - say the CAZs are necessary to tackle pollution, which the government says contributes to 36,000 deaths every year. The councils also cite the Royal College of Physicians, which claims the problem costs the UK more than £20 billion a year.

Under the organisation’s plan, some of the extra government funding would be used to offer businesses between £2,000 and £6,000 to help them adapt to the CAZs with new vehicles, while funding could also be used to subsidise car clubs or public transport season tickets that would help individuals. Despite this expenditure, a report by UK100 said CAZs supported by the government could give towns and cities an economic return of £6.5 billion.

“Cleaning up the air in our towns and cities makes sound economic sense and this study demonstrates that,” said Polly Billington, director of UK100. “It will boost the health of our communities and save the NHS money. Sensible investment by national government is needed to support local authorities to take the most polluting vehicles off our roads while ensuring that the poorest in our towns and cities are not the hardest hit by pollution and measures to tackle it.”

And Andy Burnham, the Mayor of Manchester, said the extra funding was needed to ensure businesses didn’t pay for the council’s plan to improve the city’s air quality.

“Greater Manchester is ready with our Clean Air Plan proposals to quickly tackle the huge problem of air pollution, which contributes to the equivalent of 1,200 deaths in our city-region each year,” he said. “But government has so far failed to commit enough funding to implement what would be the largest proposed Clean Air Zone outside London, covering 500 square miles and 2.8 million people.

“And, crucially, it has not so far put forward any funding to help Greater Manchester bus and coach operators, taxi and private hire drivers and companies, businesses with HGVs and vans, which could be affected by our Clean Air Zone proposal, to retrofit their existing vehicles, or move to cleaner models, to avoid paying a daily penalty to drive within the zone. We don’t want businesses to pay, we want to help them switch to compliant vehicles. But we need much more support from the government to do this.”

The calls were welcomed by the British Vehicle Rental and Leasing Association (BVRLA), which said haulage firms should be supported with additional funding to improve or replace their vehicles in preparation for the zones.

“We welcome UK100’s calls for additional funding for businesses and individuals affected by Clean Air Zones and would like to see a portion of this allocated to a ‘Clean Freight Fund’ specifically to assist with HGV and van upgrades to support commercial vehicle operators,” said the BVRLA’s chief executive, Gerry Keaney. “With 99 percent of the country’s 4.4 milllion commercial vehicles powered by diesel, operators are facing huge costs to upgrade their fleets and need all the help they can get to fund the transition to greener vehicles.

“We are urging local authorities to focus on exploring a combination of air quality mitigation measures including alternative modes of transport and vehicle upgrade incentives, rather than just defaulting straight to the introduction of Clean Air Zones that will hit small businesses hard in the pocket.”