Volvo’s upgraded XC90 luxury SUV has gone on sale with prices starting at just over £52,000 for the entry-level model. 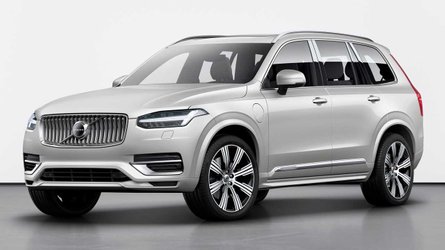 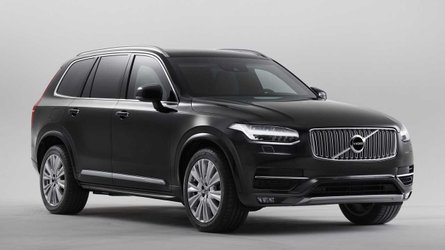 As part of the update, which comes in time for 2020, the Swedish company has tweaked the flagship 4x4’s looks, as well as adding more equipment and modifying the plug-in hybrid powertrains. But the biggest change is the removal of conventional diesel engines, with a mild-hybrid engine representing the sole diesel-fuelled offering.

At a glance, the updated XC90 is marked out by changes to the front grille, lower bumper and air intakes, while integrated roof rails and dual integrated exhaust tailpipes are now standard across the range. The sportier R-Design variants have had a facelift, too, with new black high-gloss finish for the exterior trim, including the door mirror casings, window frames and roof rails, while Inscription-grade cars get a new chrome strip across the rear bumper.

Inside, basic Momentum models will now feature two USB ports in the cabin as standard, while the lowliest XC90 is now also offering the front passenger a power-adjustable seat. And as an even smaller upgrade, T8 Twin Engine plug-in hybrid versions will now get a nifty bag to carry their charging cable.

But the engine bay is home to the most obvious and most important modifications, including that new mild-hybrid engine. It’s called the B5, and it’s essentially the same 2-litre 232 bhp diesel engine used across the Volvo large car range, but it adds a 48-volt battery, a kinetic energy recovery system (KERS) and an integrated starter generator. That all sounds very technical, but the upshot is an improvement in fuel economy of up to 15 percent compared with the old D5.

Similarly, the plug-in hybrid T8 models have also been tweaked, with new batteries that extend the all-electric, zero-emission range. Whereas the outgoing model would only manage 21.7 miles on a single charge, the newcomer will get to a maximum of 28.6 miles before it needs to revert to petrol power.

Prices for the facelifted XC90 start at £52,235 for the basic petrol-powered T5 Momentum, but that still comes with four-wheel drive, the Sensus nine-inch multimedia touchscreen with satellite navigation and a power-operated tailgate. LED headlights, a rear parking camera and keyless entry and start are also fitted as standard.

Upgrading to the new B5 engine will cost an extra £1,050, while opting for the sportier R-Design takes the price tag to at least £55,535 - provided you stick with the T5 engine. More luxurious Inscription versions start at £55,935, while the top-of-the-range T8 Twin Engine Inscription Pro model costs £71,945.

“The XC90 led the way in our brand transformation and has enjoyed great success at the pinnacle of our multi-award-winning SUV line-up,” said Matt Galvin, Volvo Car UK’s sales director. “The changes we have made are designed to reinforce its popularity and to deliver the benefits of even more efficient powertrain technology in the form of our new mild-hybrid system and the uprated battery in petrol-electric plug-in versions.”