She shows how easy it is to launch a modern performance vehicle.

Age is just a number, and modern performance cars are easier to drive than ever before. Therefore, it's not surprising that the 71-year-old mother of Mat from Carwow is able to drag race a Mercedes-AMG G63 and BMW M850i with no previous experience. With launch control, hold onto the brake, stamp on the throttle, let off the stoppers, and away she goes.

Watch other drag races with this pair: 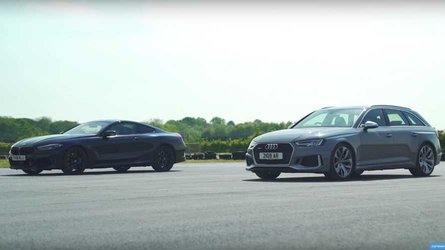 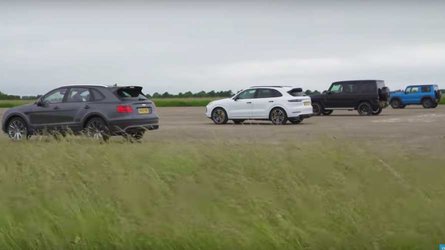 The G63 is narrowly the more powerful vehicle in this test. The 4.0-litre twin-turbo V8 makes 577 bhp and 627 pound-feet of torque. A nine-speed automatic sends the output to an all-wheel-drive system. While these are impressive specs, the G63 is a hefty SUV at 2,650 kilograms. Its boxy shape gives the machine a rugged look but isn't great for aerodynamic efficiency.

The M850i is a very different vehicle than the G63. The grand-touring BMW has a 4.4-litre twin-turbo V8 making 523 bhp and 553 pound-feet of torque. The output runs through an eight-speed gearbox to all-wheel drive. At 2,031 kilograms, the coupe is significantly lighter than its competitor in this drag race. The shape lets the 8 Series cut through the air better, too.

With just a little coaching from her son, this lady has no problem launching both vehicles. It doesn't take too much automotive knowledge to see that the BMW is sure to be the winner in a drag race between these two. Despite having slightly less power, the 8 Series' significantly lower weight and better aerodynamics are enough to make up the difference against the G63.

Mat's mom seems comfortable with accelerating the cars, but braking is a different story. The final test is a high-speed stopping test from behind the wheel of the G63, and she is visibly anxious the whole time, even after the SUV comes to a stop.