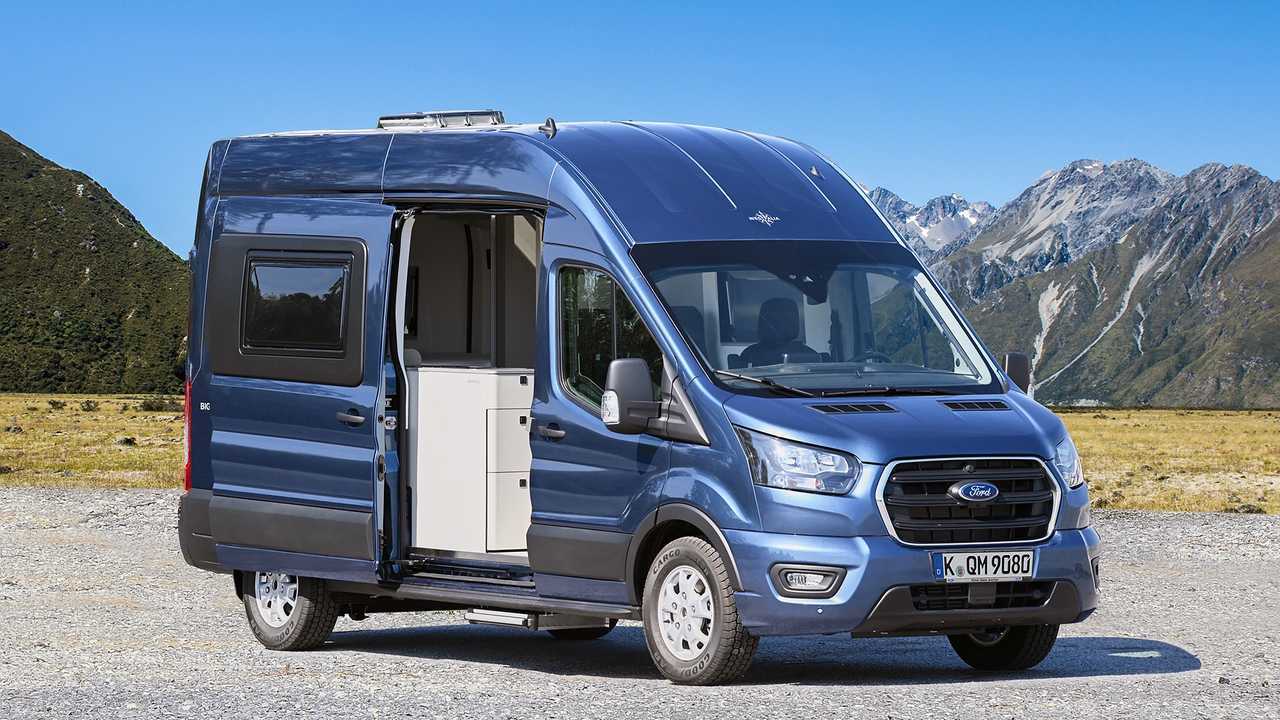 It's only a concept for now, but the Transit-based camper could make it to production.

It was at the beginning of the year when Ford introduced the Nugget camper in selected European markets as a small recreational vehicle based on the Transit Custom with or without the long wheelbase. Should you need even more room for your family, its bigger brother is on display these days in Germany at the Caravan Salon in Düsseldorf. Suitably called the Big Nugget, the latest camper from the Blue Oval is based on the high-roof fullsize Transit with the long wheelbase, thus offering loads of room inside the cabin.

Created in collaboration with renowned camper specialist Westfalia, the six-metre Big Nugget takes full advantage of the vehicle’s larger size and offers a whopping 459 litres of interior space, with more than 2 metres of interior standing height. The cavernous cabin is split into four areas, starting at the front where the driver and passenger seats can both rotate.

In the middle of the camper is a separate bathroom area, complete with a built-in toilet, washbasin, and a shower. In addition, Ford and Westfalia have managed to cram in a useful kitchenette equipped with a two-burner gas stove, a big basin, and a 70-litre refrigerator.

Moving at the back of the Big Nugget concept, the camper integrates a nice and cozy bedroom area with a generous 200 x 130 cm double bed, big enough for two adults to sleep and rest after a long day’s drive.

Technically, it's a concept for the time being, the Big Nugget might reach production for some European markets where it would complement the Transit Custom Nugget we mentioned at the beginning. The smaller of two Nuggets is currently being rolled out in Austria, United Kingdom, Switzerland, Belgium, and Italy after being previously offered only in Germany.

Should you want to check out its bigger brother, Ford will have its latest camper on display at the Caravan Salon until Friday, September 6. If you can’t make it to the event, here’s a video shot a couple of days ago at the show, but you might want to brush up on your Italian first.