But the Road Haulage Association it's just a plot to raise more money.

Councils have called for new powers to tackle “rogue” lorry drivers that block village streets after using unsuitable roads, often on the instructions of satellite navigation. 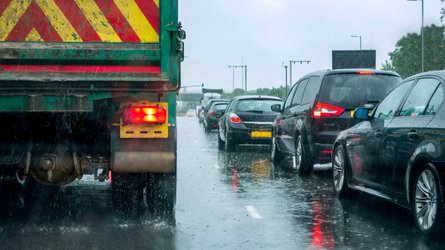 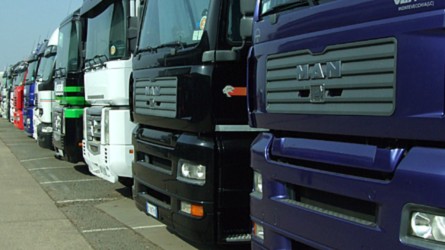 The demands come after a survey commissioned by the Local Government Association (LGA) found more than half of responding councils said this was one of the most important traffic issues in their communities. The organisation, which represents councils in England and Wales, says it has a “catalogue” of incidents involving lorries that have blocked streets, got stuck in villages and even collided with homes after driving down routes “not suitable for their size or weight”.

For example, the LGA cites an incident in Upper Hopton, West Yorkshire, where a house was hit by a lorry in May after the driver took a rural route after following his satellite navigation device. The LGA also says residents in the village of Goudhurst, Kent, called for action to be taken after lorries blocked the same road twice in two days in March.

According to the organisation, some councils are already working with residents to tackle the problem, organising lorry watch schemes and working with haulage companies to make sure lorries use the most suitable roads possible. However, present rules mean only police and councils in London and Wales have the powers to fine those who flout weight restriction limits.

Although the LGA confesses that it is only a minority of HGV drivers that cause problems, Councillor Martin Tett, the LGA’s Transport spokesman, said councils simply wanted the powers to solve problems causing “mayhem” on village streets.

“Councils are on the side of motorists, and are doing everything they can to improve our roads, tackle congestion, and enhance safety but want to be able to do more,” he said. “The spate of accidents we have seen involving lorries blocking streets, damaging local areas and crashing into bridges on an all too regular basis shows that action needs to be taken by government in the upcoming Spending Round.

“With powers to enforce moving traffic violations also given to councils outside of London and Wales, they could act to prevent disruption by the minority of rogue lorry drivers that incorrectly use weight restricted roads through our towns and villages and cause havoc and mayhem on our local roads. They would also help councils unblock congestion hotspots that delay buses, lengthen journey times and reduce pollution from stationary and slow-moving traffic, and help cyclists ride more safely.”

However, Richard Burnett, the chief executive of the Road Haulage Association, which represents truckers, said the LGA saw truckers as an easy target for cash-strapped councils to make up for reductions in reduced central government funding.

“It’s clear that this is all about raising cash,” he said. “The LGA has gone out of its way to demonise truckers to back up their bid – painting a bleak picture of lorries causing what they call ‘havoc and mayhem’ across the country. Lorry drivers are skilled professionals, trained to an exceptionally high standard and the vast majority are safe and compliant at all times. They should be respected for the vital job they do.”