Taking car care to the next level.

There are some car enthusiasts out there that will go to great lengths to protect their car. They will buy the best paint protection, forbid any soul from consuming anything but the purest forms of water while inside, and may even tuck it under a car cover when not driving it for extended periods. Bugatti took that car care to a new level, as evident in the video above. After Bugatti revealed the car to the world during Monterey Car Week in California, the automaker decided to load the Centodieci on to the transport lorry – that's expected. Shows over – you don't have to go home, but you can't stay here. Except someone decided to drive the multi-million-dollar Bugatti with a car cover still covering it.

Catch up on the latest Bugatti news: 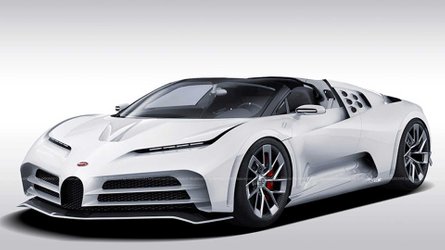 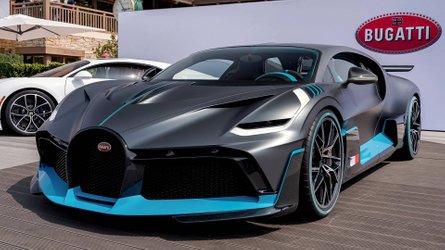 It's an odd choice considering the world already knows what the new hypercar looks like. The video shows the cover does have an opening for the windscreen – but nothing else, leaving the driver blind to what's next to the vehicle. There is at least one instance where the cover accidentally falls, covering the windscreen, blocking the driver's view, and halting the Centodieci's progress. It's all a bit odd, but when you're moving a multi-million-dollar car, you can't be too careful.

And it's not like the Centodieci is just another Chiron variant. It's a celebratory offering that channels the iconic EB110 while celebrating the company's 110th anniversary. Why not wrap up all the fun into one expensive package – €8 million (£7.3 million at current rates) plus VAT. The Centodieci uses Bugatti's 1,577-bhp W16 engine, which rockets the hypercar to 62 miles per hour in 2.4 seconds with a top speed of 236 mph.

It's easy to think of such tactics as a bit strange, but if we were in charge of a multi-million-dollar supercar, we'd take every precaution necessary to ensure we do everything to protect the Bugatti. We wouldn't want to make that phone call our superior about our very embarrassing, and likely very expensive screw-up. When you play in the hypercar world, it pays to be safe.