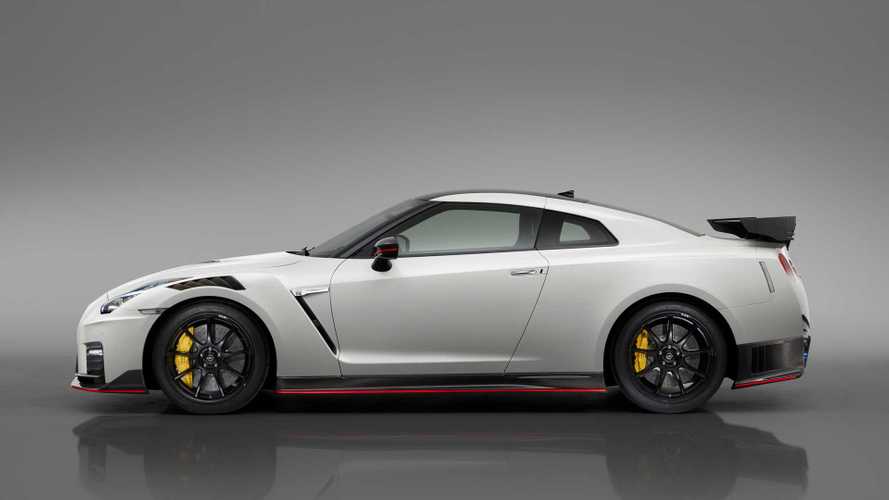 First deliveries of the giant-killing supercar are expected in November.

Nissan’s updated GT-R supercar has gone on sale ahead of its arrival in November with prices starting at just under £84,000.

More on the Nissan GT-R:

Current Nissan GT-R could soldier on through to 2027

The car, which is celebrating its 50th anniversary in 2019 has been tweaked, rather than completely revamped, with a range of additions to improve the handling and performance. There have been a number of changes to the bodywork, too, updating the car’s styling.

Under the bonnet, meanwhile, the 3.8-litre twin-turbo V6 engine has been given new turbochargers. That’s made no difference to the power output, which remains at 562 bhp for the standard car, but Nissan says their abradable seal means tighter clearances and a five-percent increase in efficiency, resulting in improved low-rev responsiveness.

The standard-fit six-speed twin-clutch automatic transmission has been modified, too, cutting shift times by 0.15 seconds when the car is in its most aggressive driving mode. And if you think that’s a minor detail, wait until you hear about the exhaust manifolds. Apparently taking inspiration from motor racing technology, Nissan has optimised the turbo flange attachment points, which again makes no difference to outright performance, but does allow for easier servicing without touching the exhaust manifold.

More obvious changes include tweaks to the electronically controlled suspension, which has been modified to make the car more stable in the corners while also providing a smoother ride. The steering has also been changed, giving it a more linear response and making it more precise, requiring smaller corrections at speeds of up to 186 mph.

On the exterior, there are new titanium exhaust finishers with burnished blue tips, while new 20-spoke, 20-inch alloy wheels have been introduced. Customers will also be able to choose the famous Bayside Blue paintwork made famous by the old R34-shape Nissan GT-R, while those opting for the Prestige model can no longer get the ivory upholstery.

For the £83,995 starting price, though, you get the Pure version with a Bose audio system, 20-inch Y-spoke alloy wheels and part-leather, part-Alcantara upholstery. Move up to the £86,995 Recaro model and you swap that with Recaro sports seats covered in black and red leather.

If you have £87,995 to spend, though, you can have the Prestige model, which gets more luxurious leather upholstery. Black is standard, while tan, grey or red leather will cost you an extra £1,000.

Finally, there are the two more focussed versions of the GT-R - the Track Edition and the Nismo (seen in these pictures). The £99,995 Track Edition gets sportier suspension, lightweight wheels and even different body bonding methods designed to make it stiffer, while the £174,995 Nismo gets a tuned engine that produces 592 bhp, not to mention more aggressive bodywork and a more race-derived cabin.