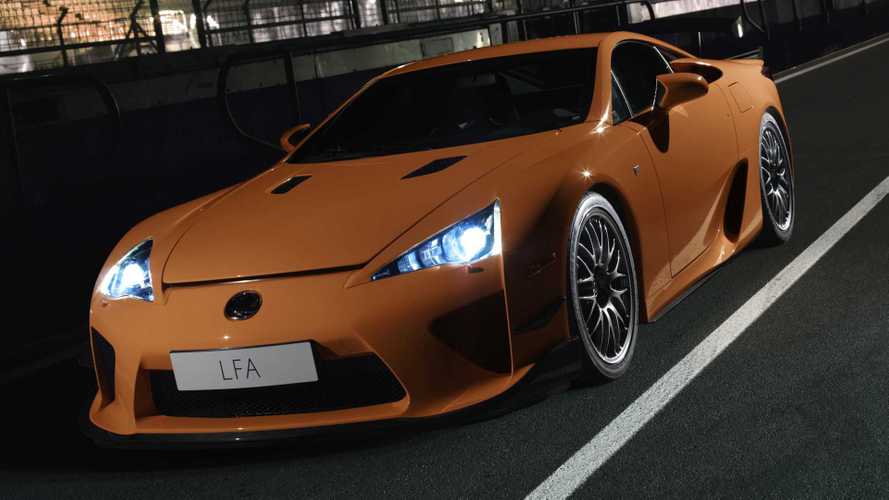 So you're telling me there's a chance.

Two in 2018 and three so far in 2019, that’s how many LFAs Lexus sold in North America. Production of the V10 supercar ended late 2012 after 500 units, and yet Toyota’s luxury marque is still selling “brand new” examples. While there aren’t any immediate plans for a direct replacement, at least we now know Lexus is open to the idea of introducing another performance flagship model.

In an interview with Autocar mostly about a new Frankfurt-bound electric hatchback concept, the company’s vice president, Koji Sato, was asked to talk about the prospects of another car in the same vein as the LFA. His answer leaves the door a bit open for a new supercar, but don’t expect it anytime soon:

“I love it but we need your help. We need strong requests for a new LFA from the media. This can help us proceed.”

For good reason, the company is worried about the possible lack of demand for a new LFA-esque model taking into account people didn’t exactly rush to their local Lexus dealers to place an order for the two-seater rear-wheel-drive coupe. When it originally went on sale in the UK back in 2010, the LFA carried an eye-watering price of £343,000. The fact that almost a decade has passed since the car’s launch and yet Lexus keeps selling LFAs goes to show that despite raving reviews, it simply wasn’t a commercial success. Therefore, Lexus is concerned it might happen again with its successor.

Before you get too excited, what you’re seeing in the images attached above is not a partially camouflaged prototype of the next-generation LFA with visibly wider wings, but actually a testbed for racing tyres based on information we received in October 2018 from our spies.

Gone, but not forgotten: