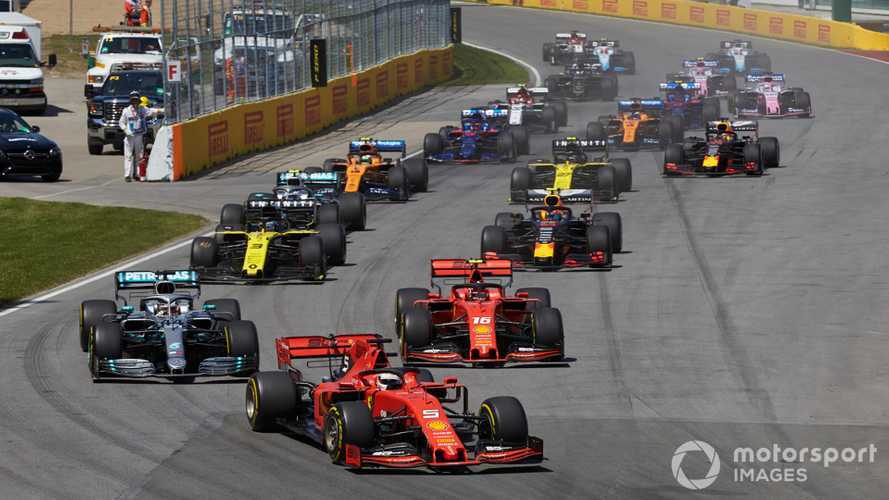 Formula 1 has unveiled a record 22-race calendar for its 2020 season, with the German Grand Prix dropping off but the out-of-contract Italian GP keeping its place.

The championship initially looked poised to keep its number of grands prix at 21 for next year, but the Spanish GP's one-year extension has led to teams approving the new longest-ever grand prix racing calendar.

The 2020 schedule, which includes the inaugural Vietnam GP and the return of the Dutch GP at Zandvoort, will retain a four-week summer break in August, but will include seven pairs of back-to-back races.

"It’s with great pleasure that today we publish the draft 2020 calendar," F1 CEO Chase Carey said. "It’s the year in which the series that is the pinnacle of motorsport celebrates its seventieth anniversary with, for the first time, a 22 race calendar.

"It is significant for our sport and confirms our long-term strategy. Since we became involved in this sport in 2017, we have talked about developing new destination cities to broaden the appeal of Formula 1 and at the same time, consolidating our presence in Europe, the traditional home of the sport.

"The season with a record 22 Grands Prix has received unanimous support from the FIA and all the teams and clearly demonstrates the confidence that exists in the future of our sport."

The new Vietnam race will slot in as the third event of the season on April 5, coming on the heels of an Australia - Bahrain double-header in March.

Zandvoort's first F1 race since 1985 is scheduled for May 3, and will kick off the European leg of the season - although this will be broken up by a June double-header made up of the moved Azerbaijan event and the Canadian GP.

The Canada race is now set to clash with the FIA World Endurance Championship's flagship Le Mans 24 Hours event, marking the first time the French classic has clashed with a grand prix since 2016.

F1's 2020 calendar remains subject to approval by the World Motor Sport Council, while the Italian round at Monza does yet not have a contract in place for next year - but according to F1's statement said contract is "currently being finalised".