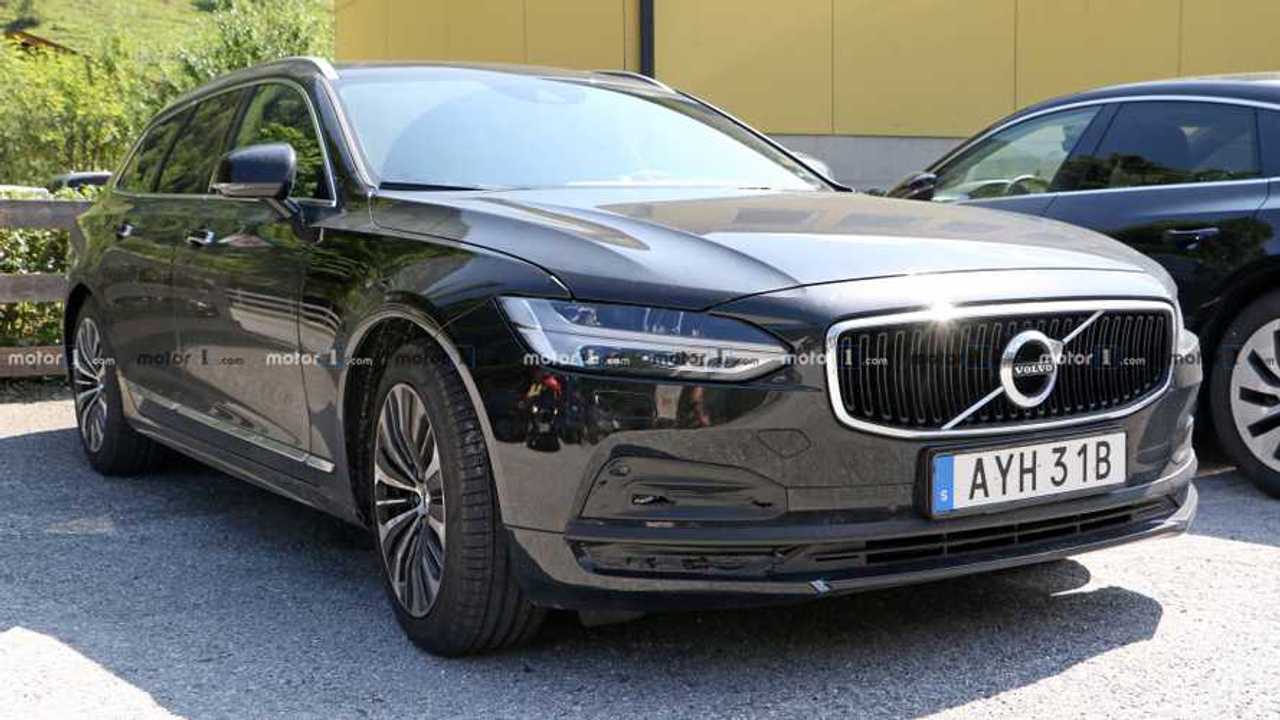 We dare you - help us find the design changes.

The V90 was the third model from the so-called new generation Volvos launched a few years ago. More precisely, the big estate was introduced after the XC90 and S90 in March 2016 and this means soon it will have to be refreshed. The brand’s stylish long roof doesn’t look dated and these first spy photos of the facelifted model suggest the visual revisions will be almost invisible to the eye. But they still exist.

If you take a closer look at the front fascia, you’ll notice parts of the lower half of the bumper are covered with black tape and this most likely means we’ll see some new design elements there. It’s the same story at the back, where the inner parts of the taillights are taped, as well as the lower bumper diffuser.

In February this year, Volvo unveiled the refreshed XC90 with very minor exterior revisions. Judging by this facelift, the V90 should also carry over with almost no visual updates but at least we can expect new taillights graphics and probably different fog lamps.

The XC90, however, introduced a way more important upgrade for the brand’s 90 series. The SUV is now available with a new kinetic energy recovery braking system, for which Volvo claims can save up to 15 percent fuel in real-world driving. Under a new B badge, the system is coupled to the SUV’s existing internal combustion engines to create “a new integrated electrified powertrain.”

We expect the stylish estate to receive the same hybridised powertrains, which should bring healthy benefits in terms of performance and fuel consumption. In addition, the V90 should also get an updated suite of safety and assist systems, including Oncoming Lane Mitigation, City Safety with Autobrake, and Cross Traffic Alert systems.