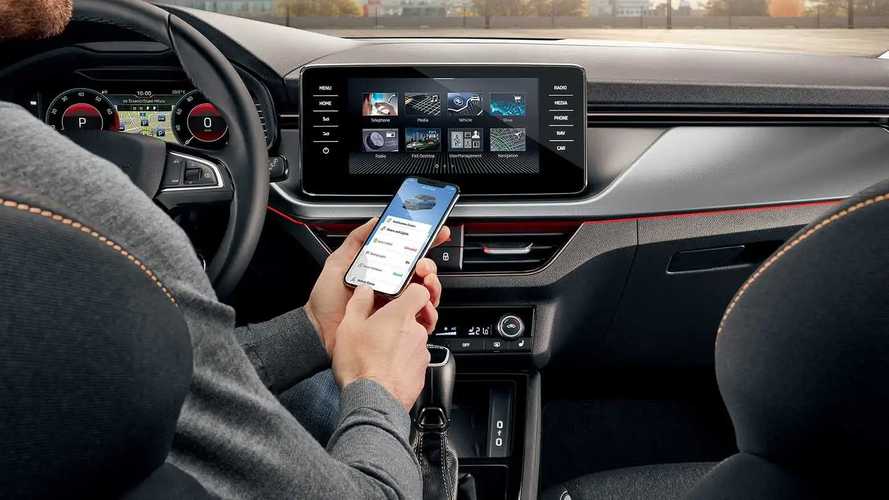 The software sends an alert whenever the car is taken out of a predetermined area.

Controlled via the Skoda Connect app, the system allows parents who let their kids borrow their vehicle to set a predetermined area in which the car should be driven. The company says the system is “ideal for when the parents are on holiday this summer and don’t want their offspring at home racking up the miles driving up and down the country”.

Once activated, the geofencing system can work in one of two ways. One way is for the user to set a ‘green’ area in which the car can move freely, with a notification alerting the parents if the car leaves the predetermined zone. The idea is that kids can no longer just claim to be ‘popping out’ in the car and then take it on longer trips to see friends or family.

Alternatively, though, the parents can set up a ‘red’ zone, in which they don’t want the car to go. The system will then only alert the parents if the vehicle strays into this zone.

Furthermore, Skoda says the geofencing function can be tailored to be active only on set days and at certain times, in order to “stop arguments over who is meant to have the car” on given days. The app allows multiple areas to be monitored, and parents can have up to four area notifications active at the same time.

It’s an invention that Skoda claims is necessary because so many youngsters are financially supported through their early years of driving by “the bank of mum and dad”. Citing research by CompareTheMarket, Skoda says more than half of 17-24-year-olds rely on their parents to keep them driving once they’ve passed their test, with car-sharing often being a cost-effective solution.

However, the geofencing system is not the only feature of the Skoda Connect app. The smartphone-based application, which is free to download from the Google Play Store and the AppStore, enables drivers to access a host of information about the status of their car. Owners can check how much fuel the car has, as well as accessing driving data, the vehicle’s location and whether or not the car is locked.

The app also features a Trip Planner function, which will check your calendar and, based on real-time traffic information, notify you when you need to leave for your next appointment.