Mercedes chooses Bottas over Ocon for 2020 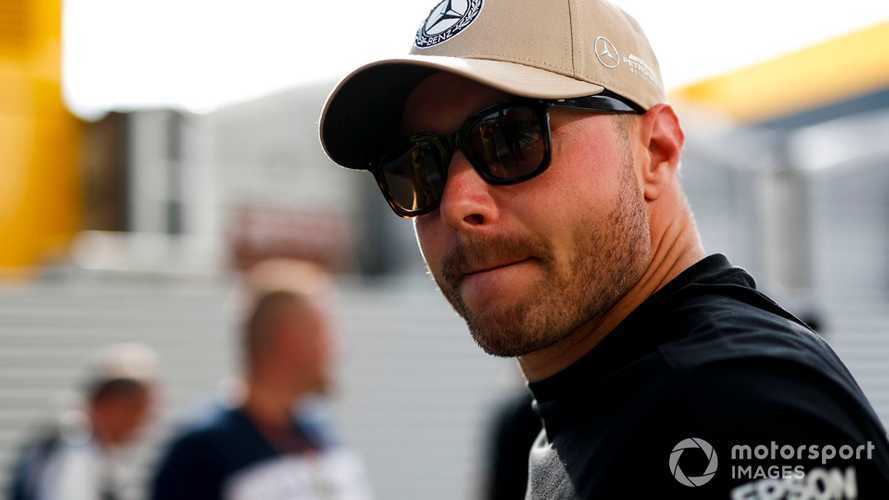 Valtteri Bottas will remain at the Mercedes Formula 1 team in 2020, with Esteban Ocon tipped to rejoin the grid with Renault or Haas instead.

Mercedes team principal Toto Wolff said a decision on who would partner Lewis Hamilton next season would be made during the summer break, and admitted it was not easy to pick between Bottas and Ocon.

The team announced Bottas would stay for a fourth season on Thursday morning ahead of the Belgian Grand Prix.

Bottas has won five races since replacing retired world champion Nico Rosberg in 2017, and though he has not challenged Hamilton for the title, he has been a dependable supporting driver to the five-time champion and dutifully aided Mercedes constructors’ championship bids.

The Ocon episode of silly season:

"I am very happy and proud to be part of the team for a fourth season and wish to thank every team member and the board of Mercedes for their trust and belief in me,” said Bottas.

"My performances have been getting better and better each year, and this is a great way to kick start the second half of 2019.

"My overall target is to become Formula 1 world champion. I believe that on paper, and from my experience with the team, Mercedes is the best option for me to achieve that goal in 2020.

"We have nine races to go this season and I am determined to keep improving at every one of them.

“Now, all my thoughts are on Spa and delivering a strong performance with the team this weekend."

Wolff had recognised Ocon presented Mercedes with an appealing alternative, having lost his place on the F1 grid this season after an unexpected driver merry-go-round.

Ocon was seen as a potential future world champion at Mercedes, but Wolff needed to balance how the team handled an increased challenge from Ferrari and Red Bull and the dynamic Bottas has developed Hamilton.

“We set Valtteri the challenge of coming back even stronger than we saw him in the first part of 2018 - and he has achieved that, with some really impressive performances in the early races this year,” said Wolff.

"Although it has been his most successful first half of a championship so far, he is hungry for more and determined to keep on improving and raising his level.

"I'm delighted that he will stay with the team for another season at least - and look forward to seeing him raise the bar even further."

Though Wolff was not keen on losing Ocon, he was also wary of hurting his career by holding onto him and preventing him from gaining a race seat.

Despite being named reserve driver in 2019 and immersed in Mercedes’ race team on weekends, Ocon has not driven the team’s car this year with the limited testing opportunities available.

And with no Mercedes promotion for 2020, the Frenchman is now expected to be announced elsewhere – with Renault his likeliest destination, but Haas also considered an option.

Ocon was due to join Renault for 2019 but was snubbed when the team made the shock move to sign Daniel Ricciardo from Red Bull.

However, 12 months later, Ocon has the opportunity to join Ricciardo at the French works team in place of Hulkenberg.

Hulkenberg has been key to Renault finishing sixth and fourth in the constructors’ championship in the seasons he has raced for the team, but this season been outperformed by star new signing Ricciardo.

Renault boss Cyril Abiteboul had made it clear it was looking at alternative options, with Ocon thought to be top of that list.

Replacing Romain Grosjean at Haas has been considered a serious option for Ocon, but his future is not definitively known at present.