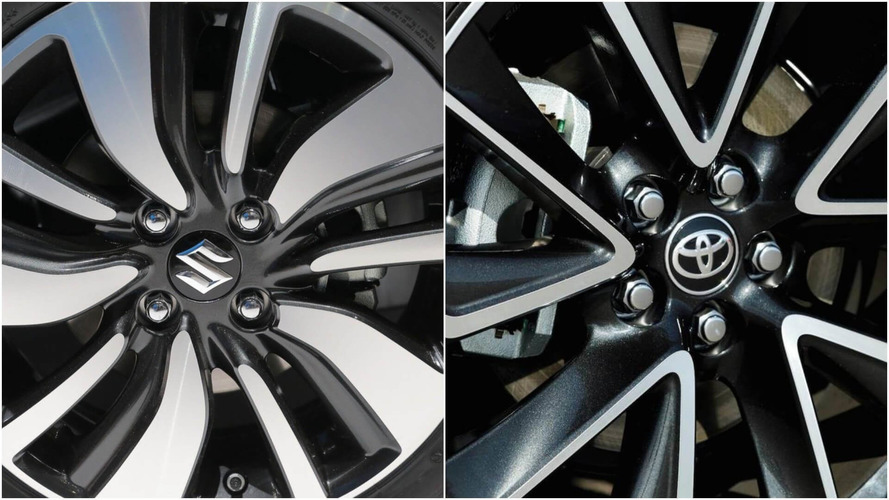 Toyota and Suzuki are deepening their already close ties by forming a new capital alliance focusing on autonomous driving tech. As part of this arrangement, Toyota will buy 96 billion yen (£741 million at current exchange rates) in Suzuki stock, which will be enough to have a 4.94 percent ownership stake in the company. In addition, Suzuki will buy 48 billion yen (£371 million) of Toyota stock.

Toyota and Suzuki are very close:

Suzuki Baleno to be sold as a Toyota

The companies' announcement remains vague about what this partnership should achieve. "The two companies plan to establish and promote a long-term partnership between the two companies for promoting collaboration in new fields, including the field of autonomous driving," the automakers' said in their joint release about the alliance. They've been working on this deal since 2016.

Toyota and Suzuki have become increasingly close in recent years. Earlier in 2019, Toyota agreed to share its hybrid tech with Suzuki for global use, particularly in India. Suzuki's end of the deal was supplying two rebadged compact vehicles that Toyota could sell in India and letting Toyota use its engines to sell in European vehicles.

In 2018, Toyota agreed to help Suzuki develop an ultra-efficient engine.

Compared to its competitors, Toyota has taken a more gradual approach toward bringing self-driving technology to market. In 2017, the company showed off its Platform 2.1 test mule that equipped a Lexus LS with loads of sensors. There were two steering wheels so that the passenger could take control while the system was working in case something went wrong.

Toyota plans to have a fleet of autonomous vehicles on the road in Japan for the 2020 Summer Olympic Games in Tokyo. The company believes the international event is a perfect opportunity to showcase the tech.

The two companies began considering business partnership on October 12, 2016, and since then have continued to consider specific details. On March 20 of this year, the companies announced that they would begin specific considerations in order to engage in joint product development and collaboration in production, in addition to promoting the mutual supply of products, by bringing together Toyota's strength in electrification technologies and Suzuki's strength in technologies for compact vehicles.

Separately, the automobile sector is currently experiencing a turning point unprecedented in both scope and scale, not only because of enhanced environmental regulations, but also from new entries from distinct industries and diversified mobility businesses. The two companies intend to achieve sustainable growth, by overcoming new challenges surrounding the automobile sector by building and deepening cooperative relationships in new fields while continuing to be competitors, in addition to strengthening the technologies and products in which each company specializes and their existing business foundations.

Specifically, to take up challenges together in this transitional era, the two companies plan to establish and promote a long-term partnership between the two companies for promoting collaboration in new fields, including the field of autonomous driving.

The execution of the capital alliance agreement is a confirmation and expression of the outcome of sincere and careful discussions between the two companies, and it will serve for building and promoting their future partnership in new fields.

In order to develop and promote a long-term partnership between the two companies, the companies plan to acquire each other's shares based on the Alliance.

Toyota plans to acquire 24,000,000 shares of common stock in Suzuki (4.94% ownership of the total number of shares issued by Suzuki as of March 31, 2019 (excluding treasury shares) with a total value of JPY 96 billion) by underwriting the disposition of treasury shares by way of third-party allotment conducted by Suzuki.

Likewise, Suzuki plans to acquire, through purchase in the market, shares in Toyota equivalent to JPY 48 billion.

These share acquisitions will be implemented after the companies obtain approvals from the foreign competition authorities.