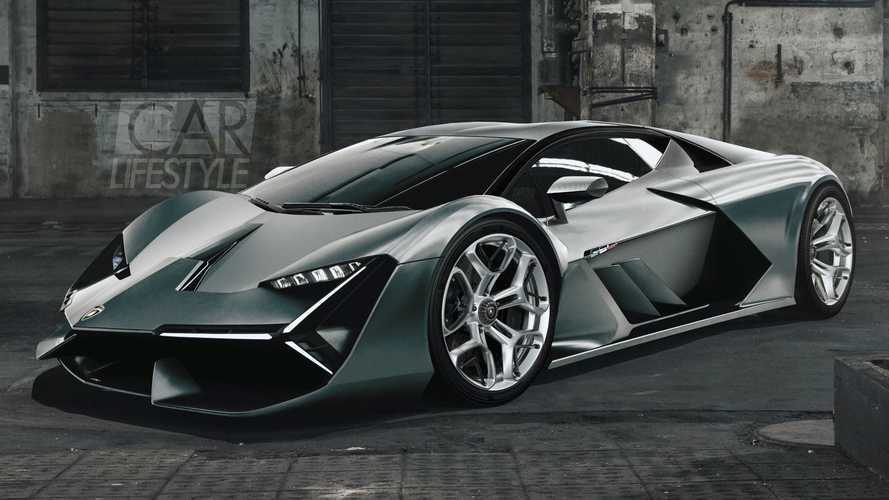 It uses the Terzo Millennio concept as a reference.

Lamborghini is bringing something new to this year’s Frankfurt Motor Show next month. What is it? We don’t know yet. The Italian supercar maker dropped the first teaser on Instagram last week, showing off some wild front lighting elements and not much else. A new rendering fills in the teased and silhouetted Lamborghini with a wild interpretation of the automaker’s next hypercar.

The rendering looks like a respectable Aventador successor, taking Lamborghini’s angular design language and evolving it for a new generation. However, rumours suggest the Aventador’s replacement won’t happen until 2024 – that’s more than four years away. Development of a new V12 engine that will meet emission regulations takes money no one wants to spend right now. Lamborghini is also one of the few remaining supercar makers not to embrace some form of electrification. That could change, though. There are rumours Lamborghini could lose its iconic V12 for a hybrid V8.

When Lamborghini teased its Frankfurt debut on Instagram, the caption read, “Something new is on the way. Can’t wait to see it? Just open your eyes to the future.” The caption hints Lamborghini is preparing to reveal something wholly next-generation. That doesn’t mean it could be a production car. There’s a good chance Lamborghini has a slick new concept ready to go, teasing what's to come from the company.