Ford's Mustang-inspired, electric SUV should look a lot like this 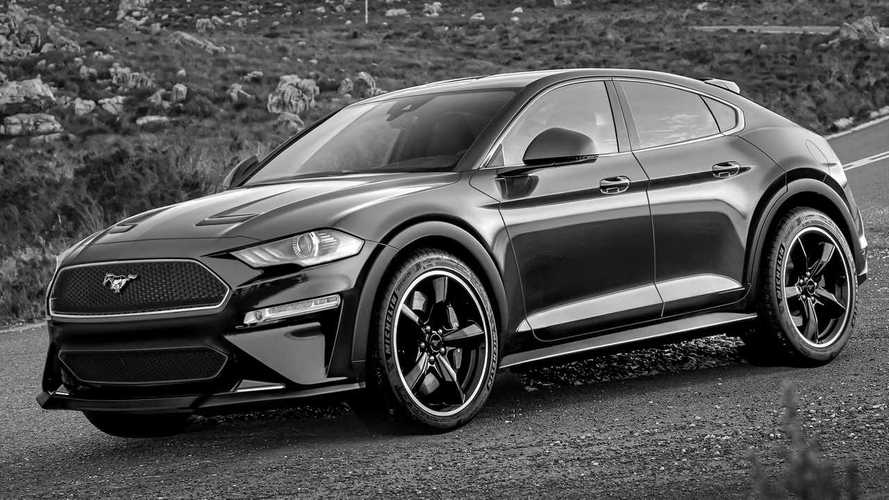 This handsome rendering previews what could be, fingers crossed.

But we need not wait until November (when Ford will preview the SUV) to imagine what it might look like. Thank Internet artists for this early look, specifically graphic designer Luca Serafini who took a swing at visualising Ford's upcoming Mustang-inspired electric SUV via photoshop.

This lone image might be one of the best renderings we've seen yet. The concept looks more like a hot, high-riding hatchback with some cladding than a true SUV, as is the case of a lot of modern crossovers. But it's tough nonetheless, and even borrows some Bullitt cues – which is always a plus. We spoke with Luca to get a better idea as to what inspired the concept in question.

"[The concept] uses elements of the Mustang Bullitt, but merged and adapted onto Cayenne Coupè packaging. All a bit scaled up," Luca notes. "I tried to present the idea that we can have different packaging for a sporty SUV that goes in the direction of a big hatchback rather than an inflated body with tiny wheels and an otherwise bulky overall look."

Here's what we know about Ford's upcoming electric SUV: the final product will debut in 2020, it might be called "Mach E," based on the patent filings, and could have a range of around 300 miles. There are still plenty of unknowns at this point, but expect Ford's first electric crossover to be sporty, given its Mustang inspiration, and to compete directly with competitors like the Tesla Model Y.

If this concept is any indication, the final product will at least look good – only time will tell it performs just as well. Ford is set to preview the final product this November, likely at the Los Angeles Auto Show, which opens its doors on November 22nd.